By Jennifer Pernicano on August 8, 2019
Advertisement 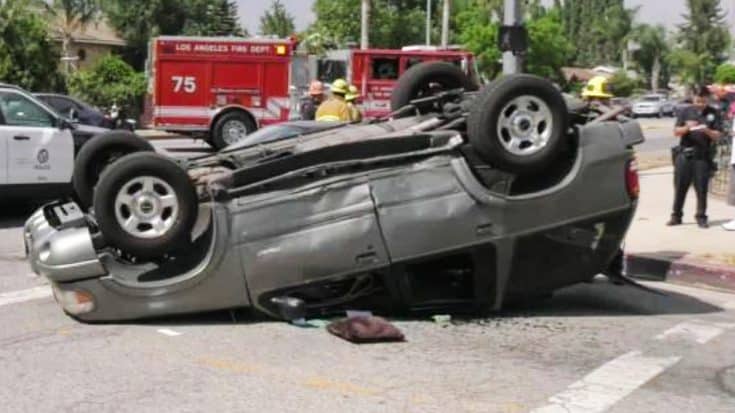 When you see his face, you might think of some of the scariest villains in TV and film history. But on Wednesday, August 7, actor Danny Trejo was a hero.

Trejo witnessed a two-car crash in Sylmar, California, which caused one of the vehicles to roll over. He sprung into action, especially after he saw a baby in a carseat in the backseat of the overturned car.

“The only thing that saved the little kid was his car seat, honest to God,” he told a photographer on the scene.

The child, who reporter Veronica Miracle said had special needs, was being driven by his grandmother. Trejo was distracting him while firefighters worked to free the grandmother.

“He was panicked. I said OK, we have to use our superpowers. So he screamed ‘superpowers’ and we started yelling ‘superpowers,” Trejo said. “I said do this, with the muscles. He said ‘muscles.'”

“We got kind of a bond. I kept facing him away from the accident.”

You might remember Trejo from his roles in Desperado, Heat, Con Air, Machete, and more.