By Jennifer Pernicano on May 6, 2019
Advertisement 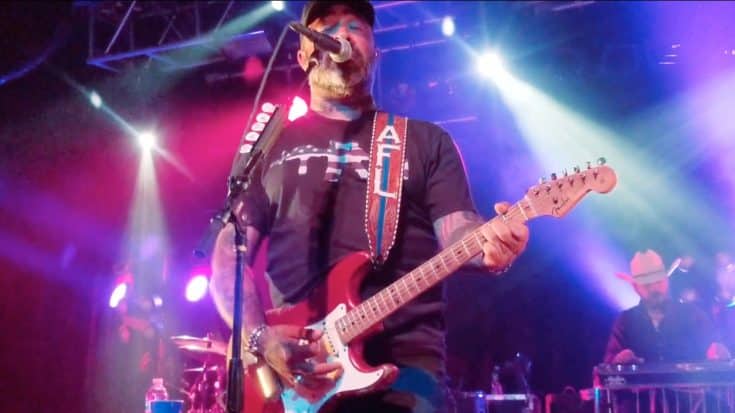 We’ve all been there. And if you haven’t, you know someone who has.

Just about everyone has been through a break-up where one person just can’t move on, or even believe that it happened. Many conversations have taken place with one person asking the other to reconsider their decision to leave, and Aaron Lewis recently put that difficult conversation to music in a new song.

Titled “Reconsider,” Lewis asks his lover what it would take for her to reconsider coming home to him.

“Reconsider” is included on Lewis’ brand-new solo album titled State I’m In, which was released on April 12. Lewis served as the sole writer or co-writer on six of the album’s ten tracks. Produced by famed producer Buddy Cannon, the album also features collaborations from Dan Tyminski, Keith Gattis, Ira Dean, Chris Wallin, and even the late Keith Whitley.

Check out the track listing below.

Lewis is currently on the road for his State I’m In Tour: Acoustic Songs + Stories. The tour will run through the summer and wrap up on September 12 in Papillion, Nebraska.

Lewis debuted “Reconsider” during his Sinner Tour back in September 2018.  He introduced the song to his Springfield, Massachusetts crowd, “This is another new song…it’s called ‘Reconsider’.”

Lewis has always been a great storyteller, but this album really shows just how talented he is at it. Fans have praised Lewis’ latest release on social media by thanking him for keeping traditional country music alive and even saying that country legend George Jones would be proud.

Watch him perform “Reconsider” below and click here to order State I’m In.