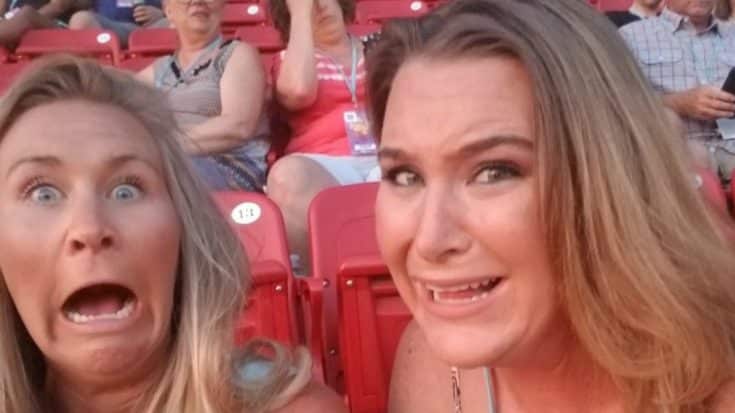 According to The Tennessean, large moths began “swooping through the stadium” and alarming fans who were on hand to hear Luke Combs, Blake Shelton, Carrie Underwood and more. Concert attendees took to social media to plead with the venue to fix the problem.

Hey @nissanstadium Can we get the lights on? We are being dive bombed by moths! #HelpMe #CMAFest

Hey @NissanStadium who released the moths tonight?? Getting attacked over here in section 227 #SendHelp #CMAfest

Others saw the humor in the situation and shared hilarious photos from their seats.

just a couple of hungry girls trying to get better seats so we aren’t sitting among the moths #chevycma #cmafest #cmafest2018 pic.twitter.com/WvhdGI3Ag6

It’s unclear why the moths were swarming the stadium, but a quick online search will reveal that this isn’t the first time the pesky creatures have caused problems for the festival. Twitter posts from 2013 and 2016 reference the moths. “Not impressed with the moths the size of tennis balls attacking us tonight,” one tweet reads. Another says, “What’s with the dive-bombing pterodactyl-like moths tonight?”

With two nights left of the 4-day festival, we hope that a solution is found so that those attending the remaining CMA Music Festival concerts can do so moth-free!