Farmer Puts Ring On Cow Udder To Propose To Girlfriend

By Manly Bryant on August 8, 2019
Advertisement 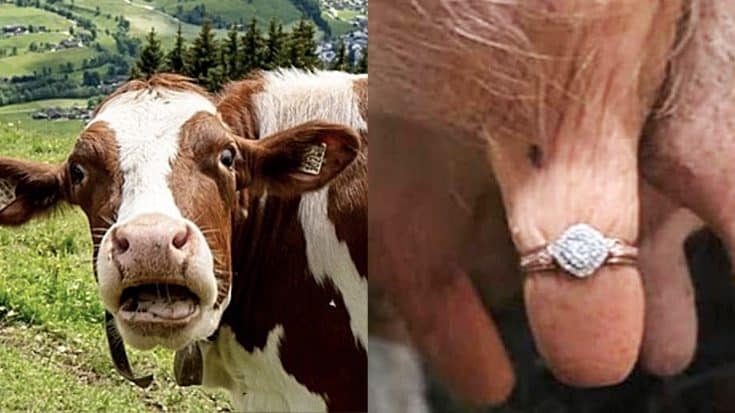 Now this is definitely a new one! When you think you’ve heard it all when it comes to guys proposing to their girlfriends, all of the sudden we hear about a man who really proposed to his girlfriend by putting a ring on a cow’s udder.

Straight out of Singapore, a dairy farmer apparently did just that and his picture got posted to a private group on Facebook called That’s It, I’m Ring Shaming: The Wreckoning.

Not much information is given about the story but we can assume that he placed it there and took the picture knowing that shortly after his girlfriend would be milking the cow and find it.

The comments on the post are absolutely ridiculous. Here’s just a few:

Some people clowned on it while others were completely turned off and horrified by the idea. Overall, we’re assuming she said yes because the farmer couple allegedly shared it to Facebook.