By Jennifer Pernicano on October 7, 2020
Advertisement 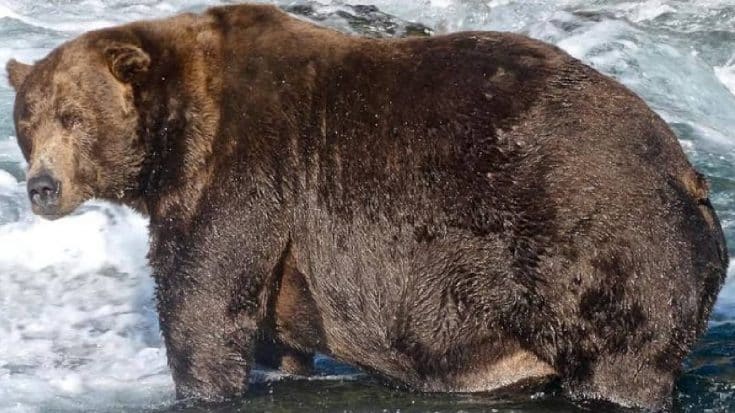 Every winter, bears around the world hibernate, spending months at a time tucked away asleep. To prepare for hibernation, these bears will eat more than usual during the fall to store up body fat to last them throughout the winter hibernation.

The Katamai National Park decided to highlight the success brown bears – who reside in their park – have with preparing for hibernation. They call it “Fat Bear Week” where they have a daily competition between all their bears to find out which one the public thinks is the fattest, and most prepared for hibernation.

Katami Park is known for their annual Fat Bear Week and their awesome “bear cam,” where you can watch their bears at any time of the day!  They also post highlights to their Facebook page, like the one below where upwards of 25 bears were seen hanging out in the river!

What a year it was at Brooks Falls in Katmai! Look at this scene from July, how many bears do you see? Watch highlights from the summer at explore.org/bears

Fat Bear Week began on September 30th with fans voting for who they think is the fattest bear, in a bracket style voting system.

This year’s champion is none other than a bear called 747, who was showing signs in mid-August that he might take home the top prize.

How big is a BIG bear? Bear 747 is by far the largest bear at the Brooks River. Right now he is fat enough to dig a…

The park announced 747’s win on Facebook, saying, “The Earl of Avoirdupois, bear 757, is crowned 2020’s #FatBearWeek Champion! He will celebrate by waddling away from the river and enjoying a comfortable hibernation.”

The Earl of Avoirdupois, bear 747, is crowned 2020’s #FatBearWeek Champion! He will celebrate by waddling away from…

Check out some of his competitors, including last year’s champ, 435 Holly!

The Queen of Corpulence, 435 Holly, battles 32 Chunk, the baron of brawn, for succession to the 2020 throne. While…

The second matchup of the day is a familial fight to the finish, as the fledgling 812 faces off with his famed…