By Miranda Raye on September 11, 2019
Advertisement 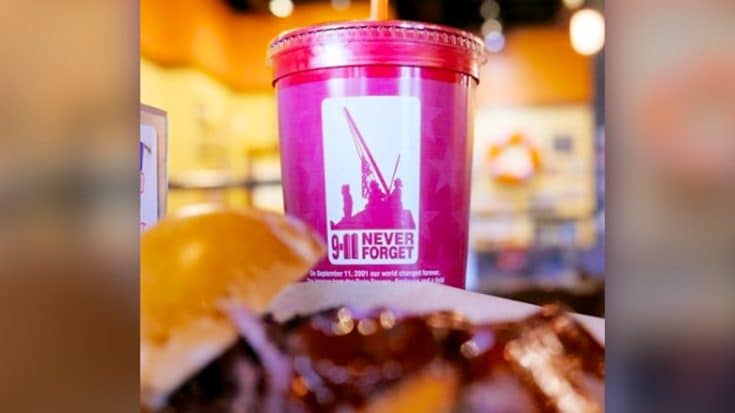 On September 11, 2011, the first Mission BBQ restaurant was opened. Its opening date fell on the 10th anniversary of the 9/11 attacks in the U.S., which the founders were well-aware of.

In the “My Story” section of its website, the restaurant’s founders write, “MISSION BBQ opened its doors for business on September 11, 2011. Ten years after our world changed forever, in some small way we wanted to change it back.”

The founders set up the restaurant to not only share good BBQ, but to share appreciation for those who serve our country in any capacity:

“We believe there is nothing more American than BBQ. And nobody more American than the brave men and women who have sworn to protect and serve Our Communities and Our Country. We do what we do for the love of our soldiers, firefighters, police officers, first responders—all our loved ones in service,” reads the “My Story” portion of the website.

If These Walls Could Talk … they’d tell you about Our Heroes who were there on that September day. They’d declare we will Never Forget. They’d invite you to support the red Hometown Heroes Cup program, dedicating $2 of every purchase to vital charities helping local Firefighters, Police & First Responders. Thank you! #missionbbq #hometownheroescups

Staying true to its word, Mission BBQ is going above and beyond to honor first responders on Wednesday, the 18th anniversary of the 9/11 attacks.

As reported by Penn Live, all Mission BBQ locations across 16 states will be offering free sandwiches to first responders on 9/11. The promotion will be available from 11AM-9PM.

In addition, all restaurants will host a performance of the National Anthem to recognize the 9/11 anniversary. These performances will take place at noon.

Join @PolkFire Chaplain Sheri Grimes, who will be singing the National Anthem, and MISSION BBQ – Lakeland for their 9/11 remembrance ceremony at 11 a.m. tomorrow. pic.twitter.com/M5ILwcE7DQ

“We remember the service and sacrifice of the brave men and women from numerous Fire, Police and First Responder Departments, and we dedicate this day to their memory. We thank them for their continued dedication and loyalty,” read a statement from the restaurant that Penn Live quoted.

If you’d like to find a Mission BBQ location nearby, you can check out its list of locations here.

Hats off to this restaurant for making such a kind offer to those who serve our country and communities!

Tune in to the video below to watch the Mission BBQ founders chat with Kellie Pickler and Ben Aaron on Pickler & Ben. During their interview, they talk about their food and their mission. It’s inspiring to hear them speak with such passion about our country!