Flashback To Montgomery Gentry’s 2018 Single “Get Down South” 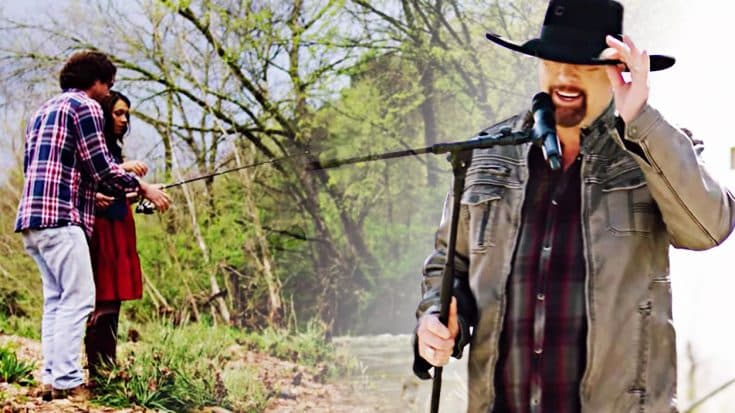 The second release from the 2018 album featuring Troy Gentry, this new music video is an incredibly accurate look at small-town living – all the while telling the age-old story of “city girl meets country boy.”

An upbeat, Southern rock anthem that’s guaranteed to get your feet moving, Montgomery Gentry’s “Get Down South” is a steadfast reminder of the type of music this duo was so, so good at making. Beyond their hard-rocking hit songs, these two also garnered great success with heartfelt ballads – including their very first single from this album, “Better Me.”

“Get Down South” was written by Troy Johnson, Bob Moffat, Clint Moffat, and John Wiggins. It was included on Montgomery Gentry’s February 2018 album, Here’s To You – a record that was finished just days before the tragic passing of Troy Gentry in September 2017.

The release of this single only continues to exemplify how much Eddie Montgomery is dedicated to carrying on the legacy that he and T-Roy started many years ago. He made a promise a long time ago to always continue on – and he is keeping it.

How We “Get Down South”

You can hear Troy’s bright and resonant voice ring out through the thundering chorus while Montgomery takes the lead on the verses and plays into the harmonies at various points.

It’s an honest, no-frills example of the type of music we’ve grown to love from these guys.

Watch this endearing music video below that follows the story of a country boy who introduces his girlfriend to small-town life – and let us know what y’all think!