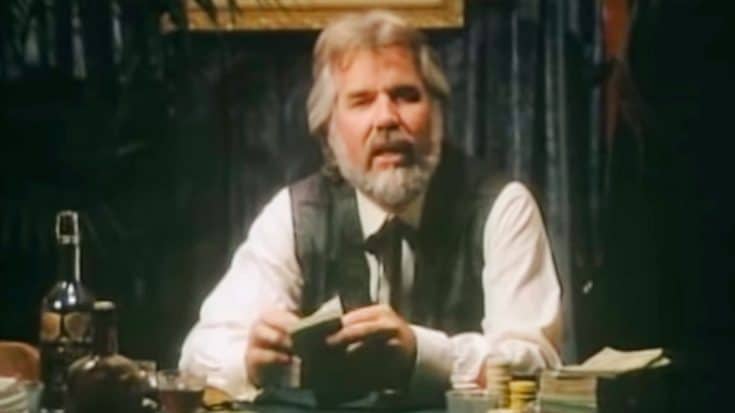 Decades after its release, Kenny Rogers‘ 1978 single, “The Gambler,” is regarded as a country classic and is often named as one of his signature songs. Despite popular belief, Rogers wasn’t the first artist to record it.

“The Gambler” was written by the now-iconic songwriter Don Schlitz, with his version peaking at the 65th spot on the charts. Bobby Bare was actually the first artist to record the song, even before Schlitz, though his version failed to chart.

After being recorded by a number of artists, Schlitz eventually turned the song over to Rogers, who placed it on his album of the same title.

The lyrics of “The Gambler” tell the story of a gambler who gives his best advice to the narrator. He tells the narrator how to handle life by speaking in terms of a card game, saying “You’ve got to know when to hold ’em, know when to fold ’em.”

At the end of the song, it has been speculated that the gambler dies when he falls asleep. As the narrator relates, “The gambler he broke even. And in his final words, I found an ace that I could keep.”

In an interview with Rolling Stone in 2014, Rogers spoke about “The Gambler” and the impact it had on his career.

“That was a career-building song. Don Schlitz wrote it, and what’s funny is that he’s never been a gambler. In fact, the song’s not about gambling; it’s a metaphor for life and picking yourself up. He just happened to hear that line when he was walking down the street one day and it stuck with him. It was brilliant.”

The music video for “The Gambler” is just as iconic as the song itself, as Rogers, dressed in Western-themed clothing, sings to the camera while seated at a poker table. You can watch that video below.

How many of y’all remember watching this video when it was released? It’s a true classic!