By Manly Bryant on April 29, 2020
Advertisement 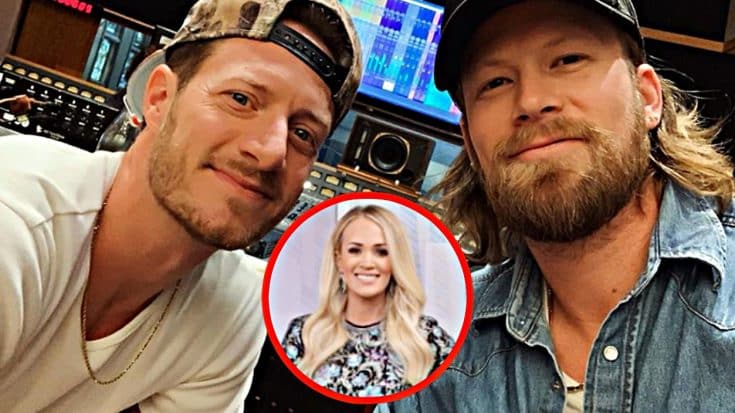 In an interview with CMT’s Cody Alan, members Tyler Hubbard and Brian Kelley of Florida Georgia Line admitted their social media plea to collaborate with Carrie Underwood did not go the way they had hoped.

Florida Georgia Line is well known for their collaborations with today’s hottest music stars across different genres. They have created a multitude of hits with artists like Luke Bryan with “This Is How We Roll,” Tim McGraw with “May We All,” and the Backstreet Boys with “God, Your Mama, And Me,” just to name a few.

In a public plea via social media, the country music duo expressed interest in having Carrie Underwood collaborate on a song with them, claiming they had always wanted to do one, but they were just waiting on the right one. They played the song in the background and requested to send the song to her, to see if they could make the collaboration happen.

On a recent episode of CMT Hot 20 Countdown, Florida Georgia Line made a virtual appearance through video chat, when host Cody Alan inquired about the outcome of their attempt at a Carrie Underwood collaboration. The two of them chuckled and, while smiling, admitted it was a no-go, responding, “No, we got turned down on that one, you don’t win em all, Cody, I guess she didn’t love it as much as we did, but that’s alright.”

They went on to say that she responded and said it was “amazing” and “would love to” but it was right around the time of her book tour release, she was super busy and wouldn’t have the time.

Watch the interview with Florida Georgia Line below.

We've got the scoop on your favorite @FLAGALine collaboration with @justinbieber and maybe a new one with @carrieunderwood ?? Check out what the boys have to say: pic.twitter.com/FLR3kNPK44