By Jennifer Pernicano on June 4, 2018
Advertisement 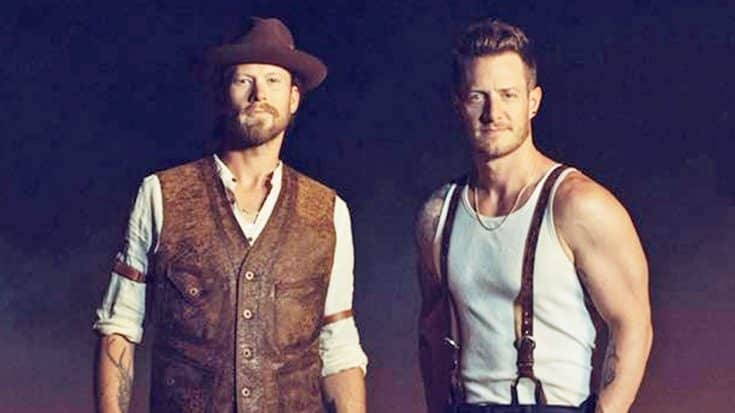 Hot on the heels of releasing two brand new singles “Simple” and “Colorado” on Friday (June 1), country duo Florida Georgia Line has another announcement that no one – not even their biggest fans – saw coming.

Although the residency is only five dates, we imagine that if ticket sales go well, fans can probably expect it to extend, as other shows have done in the past including FGL’s collaborators the Backstreet Boys. BSB signed on for a short residency in Vegas, then continued to add a few more dates at a time, until recently, when they added a whopping 21 dates! The same thing could happen to Florida Georgia Line.

FGL Takes Vegas – But Where And When?

Their shows will take place at the Zappos Theater at Planet Hollywood Casino & resort on December 1,5,7,8, and 11.

“From writing on the back of tailgates, to selling out our first stadium tour last summer, and now bringing good music and good vibes to the Strip, BK and I just feel so blessed,” Tyler Hubbard told E! News. “It’s Vegas, baby! We can’t believe it!”

Brian Kelley added, “We keep reaching our wildest dreams! Last year I got to direct my first video here and the city’s energy is just out of this world. We’re all in for this one!”

Kelley took his excitement to Instagram to make to big announcement.

See you in December y’all helloooooo Vegas Residency ? ? cherry on top with our dude @lilhankwilliams opening for us ??⚓️???

The hit-making duo will be bringing along a familiar face, breakout singer Mason Ramsey aka “Yodeling Walmart Kid,” who got famous by singing Hank Williams tunes in his local Walmart. Hubbard helped co-write Ramsey’s debut single “Famous” and the 11-year-old performed with Florida Georgia Line at Stagecoach Music Festival in April.

Tickets go on sale Saturday, June 9 at 10am PST – buy them here!

Take a listen to one of their latest singles, “Simple,” below.