By Miranda Raye on August 20, 2019
Advertisement 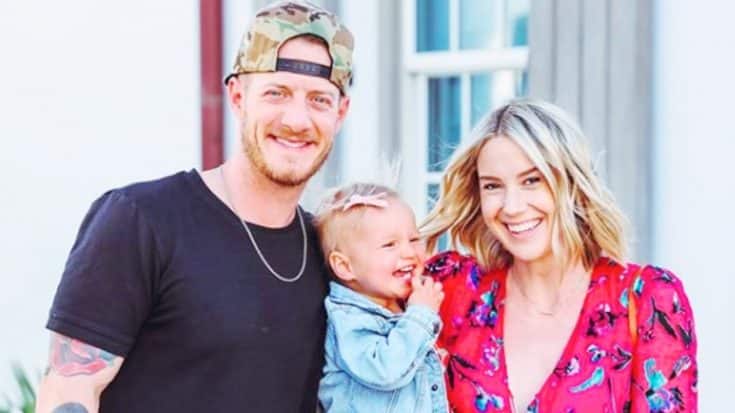 Tyler Hubbard of Florida Georgia Line and his wife, Hayley, are now parents to two under two!

In December 2017, Tyler and Hayley welcomed their first child, a daughter they named Olivia Rose. While Hayley was still pregnant Olivia, they were originally told they were expecting a boy, and planned accordingly.

But later, they found out they were having a little girl, so they had to change their game plan!

“After thinking we are having a boy for the last few months, turns out the blood test was wrong and we’re actually having a little girl,” Tyler wrote on Instagram.

Gods got jokes……After thinking we are having a boy for the last few months, turns out the blood test was wrong and we're actually having a little girl. Woe… so many emotions but really really excited about this next chapter even if God does like throwing us a curve ball every now and then. Just keeping us on our toes. #daddysgirl

So when Hayley got pregnant the second time and found out she was expecting a boy, we’re sure she and Tyler initially wondered if they were actually having a girl instead. But then reality set in that yes, they would be having their first son!

Tyler and Hayley revealed their second pregnancy during the Grammy Awards weekend in February. While walking the red carpet at a pre-party, Tyler got down on his knees and kissed Hayley’s belly, announcing her pregnancy to the world.

The moment was photographed, and Tyler later posted the picture on Instagram to share his happy news.

“The Hubbard family is growing. We are excited to share that little nugget #2 is on the way,” he wrote.

The Hubbard family is growing. We are excited to share that little nugget #2 is on the way. We are so thankful and can’t wait to see Olivia be a big sister. What do y’all think…. boy or girl? [email protected] / @bauergriffin / @Getty entertainment

After Tyler and Hayley found out they were expecting a boy this time, they went ahead and revealed their son’s name to the public. They shared that they planned to name him Luca, and that’s the name they gave him when he finally made his way into the world!

Tyler shared a few pictures of his son on social media, and gushed about Hayley’s strength.

“[Hayley is] an absolute angel and meant to be a mother. I thank God for answering our prayers and bringing Luca into the world peacefully and smoothly,” Tyler wrote.

You can see baby Luca’s first photos below.

Words can’t describe the overwhelming emotions that I experienced last night as we witnessed the miracle of life. I couldn’t be more proud of my amazing wife @hayley_hubbard through this whole journey. She’s an absolute angel and meant to be a mother. I thank God for answering our prayers and bringing Luca into the world peacefully and smoothly. I didn’t think life could get any better but it just did. Thank you @katiekauss for catching these moments and @people for telling our story. Link in bio #mynewridingbuddy

It seems like it was just yesterday that we found out Tyler and Hayley were finally going to have a little boy! The couple learned Luca’s gender while they were on Ellen Degeneres’ talk show in late February. You can tune in to the video below to watch that happy reveal.

Congratulations to Tyler, Hayley, and Olivia on their new addition. Baby Luca is such a cutie!