By Megan Dinsdale on July 8, 2019
Advertisement 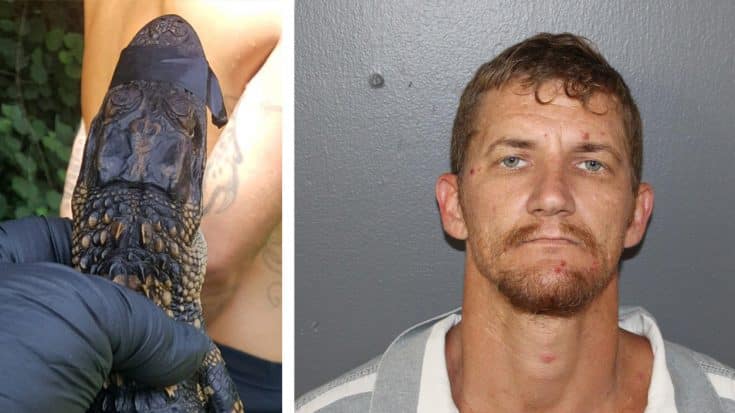 Florida is well known to have some crazy alligator stories

Hardee County Sheriffs pulled over Anthony Richardson last Thursday for a traffic stop. Upon investigators searching Anthony, they found he was carrying multiple illegal narcotics. Before investigators could search the vehicle, Anthony told them he had a live alligator in the front seat. This probably did not surprise the deputies at all considering they’re in Florida.

The deputies began to search the car and in fact found a baby alligator in the front seat. Authorities found the gator in a black bag with its mouth taped shut.

Each year more than 10,000 people enter for the Statewide Alligator Harvest Program in Florida. Roughly only 6,ooo of those entries will be given a permit to hunt up to two tags per permit. This means each permit recipient may harvest up to two gators for alligator management.

Mr. Richardson did not have a permit nor license

After finding the baby alligator in the front seat of Anthony’s car, he admitted to the deputies that he did not have a permit for the gator. He went on to say that a friend had given him the alligator and that he was on his way to release it into a nearby river.

The deputies contacted the Florida Fish and Wildlife Conservation Commission to see what should be done with the baby alligator. A wildlife officer instructed the officers to release the gator after removing the tape from its mouth.

Anthony Richardson was placed into custody and taken to Hardee County Jail. He was booked on multiple drug charges and illegally possessing an alligator. We may never know if Mr. Richardson was actually going to release the alligator or not. Please call proper authorities if you have an alligator nuisance.

In Florida, nuisance alligator numbers are on the rise

If you encounter an alligator large or small, please contact SNAP to properly capture and remove the alligator. SNAP can be reached at their toll-free number 866-392-4286.

In 2018 SNAP received over 14,000 alligator nuisance calls and removed over 8,000 alligators from these calls. Check out the video below of gators on the rise!