By Manly Bryant on August 23, 2018
Advertisement 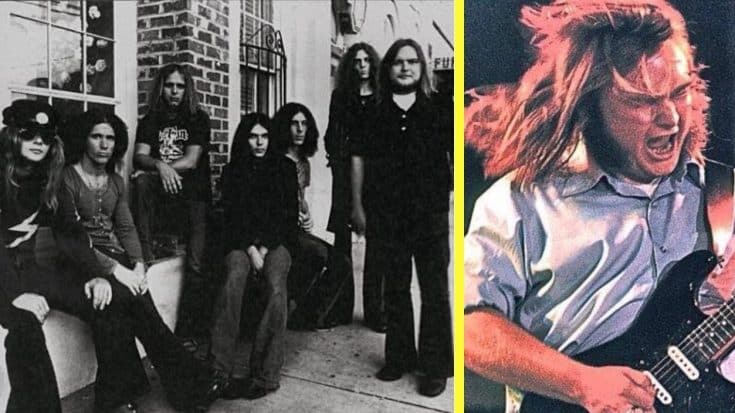 The longtime musician and incredibly talented guitarist passed away at his Nashville home on Wednesday, August 22nd, 2018 – according to a post to his official Facebook page.

One of the co-writers of Lynyrd Skynyrd’s beloved famous hit song, “Sweet Home Alabama” and a member of the band for years in the early 1970s and nearly a full decade in the late 80s / early 90s – Ed King really made some great contributions to the world of Southern rock music.

Remembering the one and only Mr. “Sweet Home Alabama”, Ed King. Very sad to hear of his passing. His work with Strawberry Alarm Clock and ofcourse Lynyrd Skynyrd will forever be remembered. pic.twitter.com/VQ86DvxBvz

King, who can be heard counting off in the intro of “Sweet Home Alabama” before jumping into that forever-famous guitar riff, was credited with helping to craft the music to that cherished song alongside longtime Skynyrd member, Gary Rossington and the late Ronnie Van Zant.

He was part of Skynyrd from 1972-1975, and again from 1987-1996 when it was said he stepped away due to health concerns related to congestive heart failure.

Credited with contributing a great deal to the band’s first three albums, King left the band in 1975 and was replaced by Steve Gaines – who was killed in the band’s tragic 1977 plane crash, along with his sister Cassie Gaines and lead-singer Ronnie Van Zant.

Just got word that Ed King, former guitarist with Lynyrd Skynyrd who played so many of the classic guitar parts on their early records has passed away.
Rest in peace Ed, you left behind some great riffs Buddy

#BREAKING: Legendary guitarist Ed King passed away yesterday at the age of 68. King was a member of Lynyrd Skynyrd, responsible for co-writing "Sweet Home Alabama," & a member of Strawberry Alarm Clock. King lived in Nashville & was a influential figure in the guitar community. pic.twitter.com/wMrGC0GIS7

A statement released Thursday morning from Gary Rossington expressed his deep sadness and shock at the passing of King.

“I’ve just found out about Ed’s passing and I’m shocked and saddened,” he said. “Ed was our brother, and a great songwriter and guitar player.  I know he will be reunited with the rest of the boys in Rock and Roll Heaven. Our thoughts and prayers are with his family.”

In 2006, King was part of Lynyrd Skynyrd’s induction into the Rock & Roll Hall of Fame. He was also known for his work as a founding member of psychedelic rock band Strawberry Alarm Clock – who is most notable for their hit “Incense and Peppermints.”

It is with great sorrow we announce the passing of Ed King who died at his home in Nashville, Tennessee on August 22nd,…

My Grandfather, Ed King, passed away last night. He lived one hell of a life and he left behind a lot of people who cared for him including my father. It truly was a blessing to have had the chance to spend time with him a little over a year ago. #Edking pic.twitter.com/JTMfGGw0cd

Ed King (on the far right) was inducted into the Rock and Roll Hall of Fame with some of his Skynyrd bandmates in 2006. He had health issues throughout his life but always kept his love and passion for guitar alive, inspiring many others. #EdKing pic.twitter.com/tkJF6kjtNO

Our thoughts and prayers are with Ed King’s family, friends, colleagues, and fans during this very difficult time.