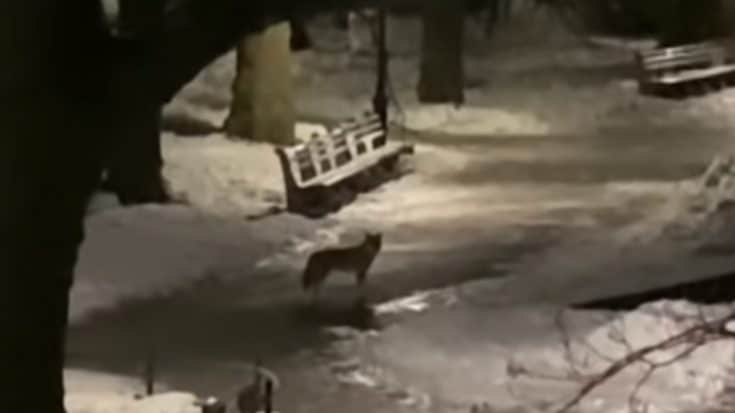 Beny was taking a stroll through Central Park one evening when he spotted a wild coyote doing the same thing. Beny was also fortunate enough to capture the animal on camera.

“I keep recording and it keeps walking, and then it stopped again and looked at me again, which was really cool,” Beny told CBS2.

New York City Parks Department said they are aware of the coyote and that there’s only one of them in the park and there’s no reason to believe that the population has increased. The department added that it has received reports about seeing the coyote a total of 126 times since 2016 and 34 of those times have happened in 2020.

As unusual as it may seem to see a coyote living in New York City, they say there is nothing to worry about. Bergen County Animal Control Officer Carole Tyler said that the coyote does not pose a threat to humans and is just looking for something to eat.

Tyler said the coyote is looking for “natural food sources like duck and geese that are being fed and are well fed, nice and plump right now, to garbage from humans who’ve been in the park. They’re not there to chase humans.”

Vanessa Murdock from CBS2 interviewed Beny about the encounter and he said he was walking near Conservatory Water when he spotted it. He believes he saw it before in January but this was the first time he’s been able to capture it on camera.

Watch The Footage Of The Coyote Below