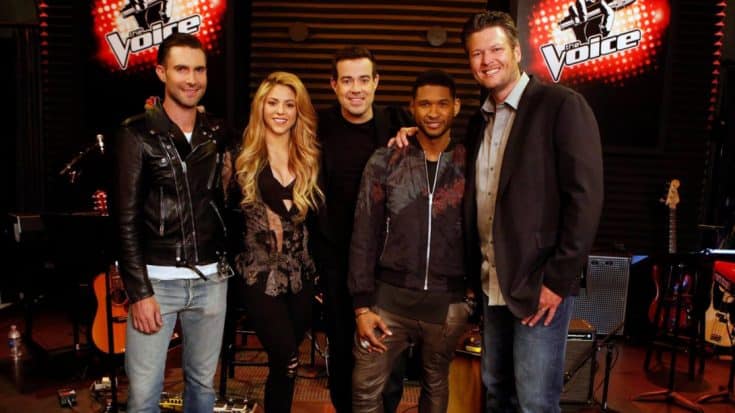 Prosecutors in Spain are seeking an 8 year sentence and a $24 million fine for a former The Voice judge in an alleged tax fraud case.

Pop star Shakira, who judged the reality singing competition in the show’s 4th and 6th seasons, reportedly turned down a settlement offer, choosing to go to trial to defend herself against the accusations instead.

In a statement released to Fox News, Shakira’s representatives called the case baseless and said that the entertainer’s rights have been violated.

“Shakira has always cooperated and abided by the law, demonstrating impeccable conduct as an individual and a taxpayer, and faithfully following the counsel of PriceWaterhouse Coopers, a prestigious and globally recognized tax firm. Unfortunately, the Spanish Tax Office, which loses one out of every two lawsuits with its taxpayers, continues to violate her rights and pursue yet another baseless case. Shakira is confident that her innocence will be proven by the end of the judicial process.”

Shakira, known as the Queen of Latin Music, reportedly owes the Spanish government 14.5 million euros (roughly $15 million) in taxes. Prosecutors in Barcelona claim that the singer spent more than 200 days in the country in the years 2012, 2013 and 2014, CNN reports, and therefore owes the government taxes for those years. The outlet also states that the investigators claim there is “sufficient evidence” to hold a trial against Shakira.

Spanish media report that Shakira’s team argue that her main residence was in the Bahamas. But local media state that she has a home in Barcelona with FC Barcelona football defender Gerard Piqué, whom she split from last month. “The judge argued that Shakira and a financial adviser, also named in the ruling, used a series of companies in off-shore tax havens to attempt to hide the sources of her income during those years,” per CNN.

The three-time Grammy Award winner appealed the tax fraud charges in May, but the court dismissed her appeal. Shakira is facing six total charges.

Shakira joined Blake Shelton for a cover of Lady A’s “Need You Now” on The Voice. They teamed up again to perform the song at a private even, as seen in the video below.