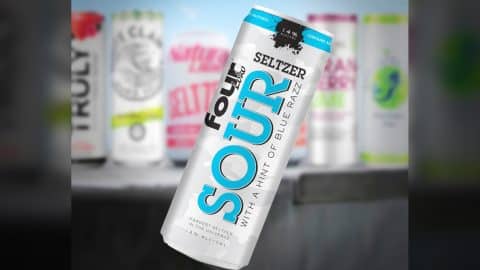 This summer, it seems that the popularity of spiked seltzer has sky-rocketed.

There are a few different choices to choose from. The two brands that seemed to have started it all are Truly and White Claw.

The rising demand for hard seltzers like Truly and White Claw are likely because both drinks are low in calories and are 5% alcohol.

Other companies have taken notice of the hard seltzer trend and are trying their hand at it including:

That's right, we made a f***ing seltzer.

Our new Stronger Seltzer with 8% ABV is now available in Texas, Arizona, California and Montana.

Well, one alcohol company has released a hard seltzer that puts all others to shame. Four Loko just announced on Twitter, “Hard Seltzers ran so we could fly.”

Their seltzer has an ABV of 14%, which is almost triple of what the competitors are!

Hard Seltzers ran so we could fly pic.twitter.com/g5ilBIyhl4

Every Sunday morning now that Four Loko has a Hard Seltzer pic.twitter.com/4DRZ7kSzB4

Are you going to try Four Loko’s seltzer?

College is almost back in session and @fourloko conveniently unveils a 14% hard seltzer, and it might be the closest thing to the O.G Lokos since 2010.