By Miranda Raye on January 19, 2022
Advertisement 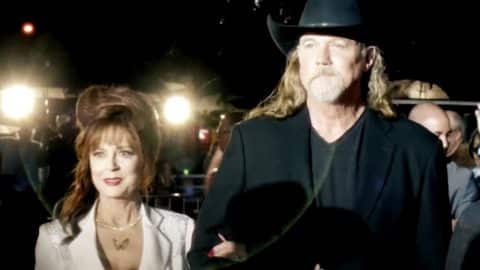 For months now, country music fans have been anticipating the debut of the new series, Monarch. The series follows a “royal” country music family, the Romans, as they strive to uphold their family dynasty.

Susan Sarandon, Trace Adkins, and Anna Friel will star in the series as Dottie, Albie, and Nicky Roman, respectively.

Monarch was supposed to debut on Fox on January 30. The show was being widely advertised, and some of its music had already been released.

But on January 12, just a little over two weeks before the show was scheduled to kick off, a surprising announcement was made. Its premiere has been delayed:

“With an incredible pedigree of talent and musical performances, the powerfully compelling drama, Monarch, is a top priority for Fox Entertainment in 2022,” a Fox Entertainment spokesperson said in a statement quoted by TVLine. “Unfortunately, due to the unavoidable realities of the pandemic and the profound impact Covid-19 continues to have on our industry and around the world, it is necessary to reschedule Monarch‘s January 30 debut to the Fall.”

As TVLine explained at the time, production for Monarch is still underway. If they moved forward with the original January 30 release date, they ran the risk of the season being interrupted if COVID-19 interfered with production.

A statement about the show’s postponement was also shared on its social media pages:

“To our fans: due to the unavoidable realities of the pandemic and the profound impact Covid-19 continues to have on our industry and around the world, it is necessary to reschedule #Monarch’s January 30 debut to the Fall. We can’t wait to see you then!” the statement read.

“If we had one significant breakthrough — which judging by our colleagues’ shows on other platforms was fairly likely, unfortunately — we realized if we had that breakthrough it could have a ripple effect into our air pattern. It would potentially give the show a spotty air pattern, or put us in a position where we’d have to make creative compromises to really meet that schedule.”

TVLine previously reported that Monarch will now debut sometime in the fall, though no exact date was mentioned.

Watch the official trailer for Monarch below. We’re bummed the series isn’t coming out on January 30!