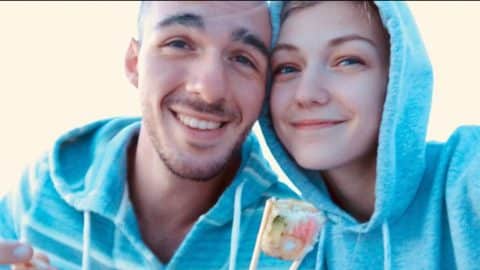 The case of Gabby Petito’s death, a case that gripped the nation for weeks during the fall of 2021, will soon be closed. A notebook found near where remains of Petito’s fiance, Brian Laundrie, were found reportedly contained a written confession.

The FBI said Friday that their investigation had concluded and “the investigation did not identify any other individuals other than Brian Laundrie directly involved in the tragic death of Gabby Petito.

22-year-old Gabby Petito and 23-year-old Laundrie had spent the summer traveling the country and documenting their trip for YouTube. But, in August Petito went missing while the couple was in Wyoming. On September 1, Laundrie returned to Florida without Petito.

Shortly after his return home, Laundrie also went missing and a manhunt ensued. After an extensive search of Florida’s Carlton Reserve, a 25,000-acre are in Sarasota County, Florida, Laundrie’s remains were found along with a notebook, backpack and a revolver. The discovery came about a month after Petito’s remains were found in a remote area near Wyoming’s Grand Teton National Park.

The new report issued by the FBI detailed their investigative timeline, and revealed the series of events that led to their focus on Brian Laundrie as the main suspect in her murder.

“On September 19, 2021, the search team located the remains of Ms. Petito at the Spread Creek Dispersed Camping Area near where she and Brian Laundrie had been seen together. Ms. Petito was found approximately three weeks after her last known communication. The Teton County Coroner’s Office subsequently concluded Ms. Petito died of ‘blunt-force injuries to the head and neck, with manual strangulation.’ While law enforcement investigated all logical leads, the investigation quickly focused on the last person believed to see her alive—Mr. Laundrie,” the report reads.

The timeline, found here, also revealed that Brian Laundrie had died of a self-inflicted gunshot wound and that “a review of the notebook revealed written statements by Mr. Laundrie claiming responsibility for Ms. Petito’s death.”