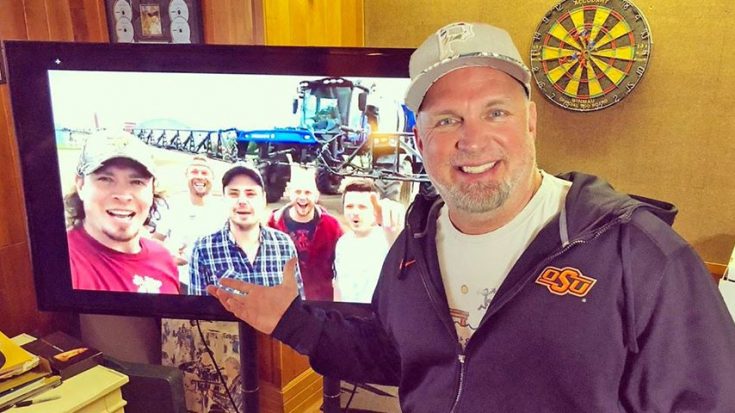 When life gives you lemons, you make lemonade. Or, as in the case of the Hunter Brothers, when Mother Nature gives them drought, they cook up a hilarious, harmonic parody of Garth Brooks‘ “Friends In Low Places.”

When In Drought, Sing It Out

The country singers from Saskatchewan, Canada made the best of a bad situation by paying a verse-for-verse a cappella tribute (based on the lyrics of Garth’s popular tune) to lack of rain and parched fields in the best way they know how.

Performed on their family’s farm in Shaunavon, Saskatchewan, the tune is aptly named “I’ve Got No Grain In Dry Places.”

When the fields are too wet, there’s a possibility of the tractors getting stuck. Some farmers run into this problem a dozen times of day. As expressed in their humorous lyrics, “the sprayer’s clearly not stuck.”

“We have crop that has been seeded for almost a month that is still sitting in dry dirt,” the Hunter Brothers lamented. “We’re in the middle of spraying season. It really has not rained here in forever. It’s been very, very dry.”

Rather than cry over dry fields, the brothers” decided to sing about it.” So far, according to Facebook, more than a million fans are glad they did.

Even Garth Was Amused

“Hey, these guys are talented,” the megastar commented. Garth shared a clip from the parody during his live streaming of Studio G, the video series he began for his fans back in July of 2016.

Thank You @garthbrooks for sharing our parody of #FriendsInLowPlaces with all your fans!!!! Can’t believe this is happening!!! https://t.co/8roupAXJZE

Videos like this parody and their impressive presence on social media, helped lead the brothers to their first Canadian Country Music Association nomination last year for “Interactive Artist Of The Year.”

In the mood for a laugh? Put your feet up and enjoy these five singing farmers present the lighter side of Garth.