Garth Brooks Reveals The Moment He Fell In Love With Trisha

By Manly Bryant on February 12, 2019
Advertisement 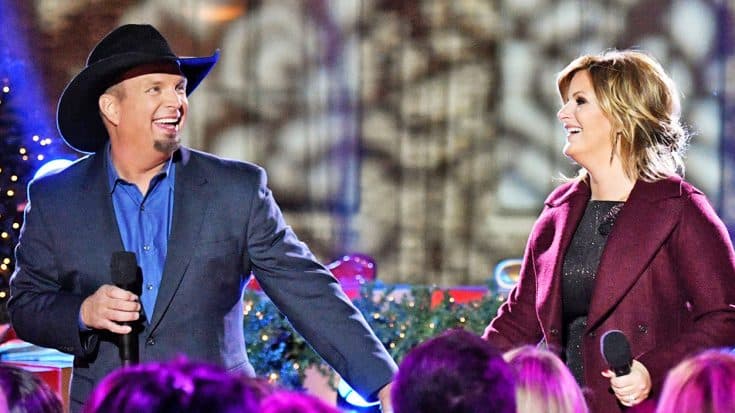 One of Nashville’s most beloved couples is making us fall in love with them all over again. Trisha Yearwood and Garth Brooks have become known as one of the most supportive and sweetest couples in music and they don’t plan on slowing down. At their latest outing together, the duo spilled endless chemistry onto the stage leaving fans wondering just how they continue to keep the spark alive.

Posted by MusiCares on Saturday, 9 February 2019

Brooks and Yearwood tied the knot in December of 2005. The duo had met in 1987 and became good friends, even recording a couple songs together, “Like We Never Had A Broken Heart” and “In Another’s Eyes.” Brooks admitted from their first greeting he felt instant chemistry with the blonde beauty. During an appearance on Ellen, Brooks explained.

“This was somebody I always enjoyed being around, and we had a lot more in common than I ever dreamed we did.” The singer continued, “She’s the real deal.”

Fast forward to today and Brooks is still gushing over his bride of 13 years.

The couple performed together at the 2019 MusiCares Person of the Year ceremony honoring Dolly Parton. During their “Old Flames Can’t Hold A Candle To You” duet, their chemistry was undeniable. Off-stage, it turns out not much changes. While backstage, Fox News spoke with the dynamic duo about their day-to-day duties together.

Yearwood referred to her husband as a “whatever-it-takes-guy.” The “Thinkin’ About You” singer admitted that Brooks is quite the handy-man around the house. Even better – he has quite the eye when it comes to shopping for his wife. Yearwood gushed,

“If I go, ‘Hey, I need a dress for tonight and I don’t have time to go shopping,’ he could buy the dress and it would be perfect. I’m telling you, he is amazing.”

Brooks was quick to “one-up” his sweet wife, admitting the moment he fell in love with her.

“I needed some help stringing fence once, and she put some Carhartts on and we went out and strung fence, and I’ve been in love ever since.”

This is one love story we’ll never get tired of hearing!

You can watch their duet below.