By Jennifer Pernicano on March 13, 2019
Advertisement 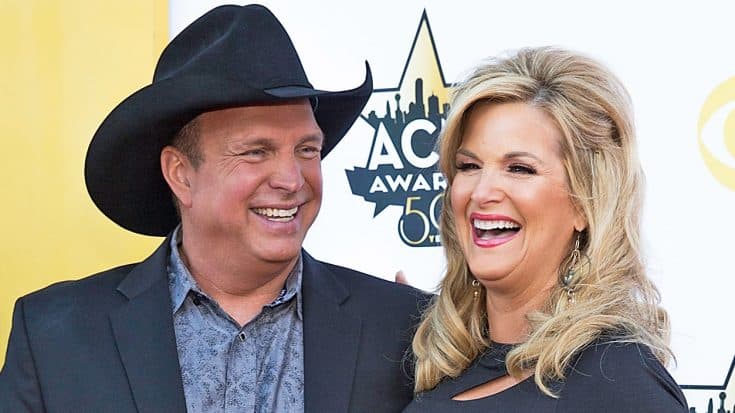 Trisha Yearwood has been gracing us with her angelic vocals since the early 90s. With a series of love songs, breakup ballads and now her own cooking show – her career has been remarkable. With a whirlwind of successes in her life, one of her biggest has been saying “yes” to country music legend Garth Brooks. Ever since, these two have continued to shine over the music world together.

Two Decades At The Opry

With Yearwood’s industry-breaking career, came one of her most proud accomplishments – becoming a member of the Grand Ole Opry. Yearwood was inducted at the Ryman Auditorium on March 13, 1999, by Opry legend, Porter Wagoner. Performing a stunning rendition of Patsy Cline’s “Sweet Dreams” on her induction night, she left the crowd confident as ever in the young Georgian.

This day will always be one of my favorite days. I can’t believe it has been 20 years! I can’t wait to celebrate with all of you tonight at the @Opry! I’m honored to be a member of country music’s greatest family!

Since then, she has gone on to win numerous Grammy Awards and sell more than 15 million albums worldwide. But before she was selling out venues and Opry shows, she was just an aspiring young star. Her 1991 debut single, “She’s in Love with the Boy” boosted her rise to fame. The rebellious love song became her first No. 1 with a series of hits following closely behind.

Fast forward 20 years later and she’s back on the Opry stage celebrating her time. Several artists attended the show in honor of Yearwood including Ricky Skaggs, Emmylou Harris with video messages from Kelly Clarkson, Reba McEntire, and Brenda Lee. Of course, her biggest fan, Brooks, made an appearance on stage as well.

Following her big night, Brooks posted the sweetest photo of the pair sharing a secret kiss on stage. With Garth holding his cowboy hat up to hide their faces, these two appear to still be keeping the spark very much alive. Captioning the photo, Garth writes,

I’m lucky that she’s in love with the boy. @TrishaYearwood the @opry is lucky to have you … and so am I!! love, me

No matter where their careers take them, these two are on the journey together.

Congrats to Trisha Yearwood and 20 years at the Opry!