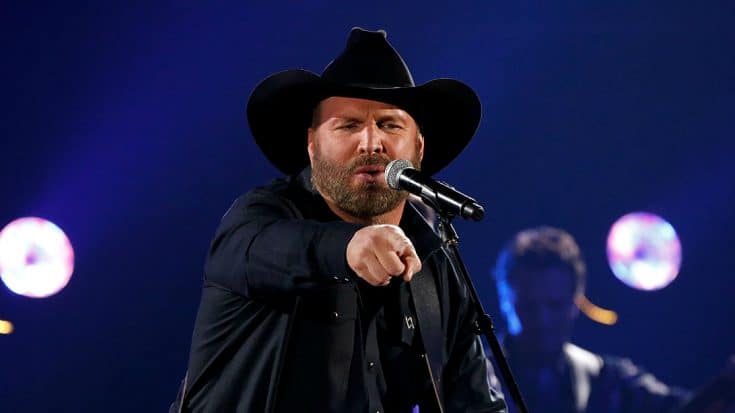 Reigning CMA Entertainer of the Year Garth Brooks was asked to perform at the 52nd Annual CMA Awards that is set to take place in Nashville in November. But, according to a statement made by Brooks, he and his wife Trisha Yearwood will be attending only as guests due to a special request of his being denied.

During a press conference last week during which Brooks announced a 2019 stadium tour, he was asked if he would be performing at next month’s CMA Awards. Brooks explained that he had made the Country Music Association a special offer involving a newly recorded ballad.

“I won’t play it for anybody else because it’s a song, you’re not going to believe it’s written by guys, it’s a song about the strength of a woman. And for me, that’s Trisha,” he said. “So, what I offered to the CMAs was, ‘Let me sing this to her that night. She hasn’t heard it and she won’t hear it until that moment, nobody will. They’ve been very sweet. They kinda came back and said, ‘Hey look, something new that’s a ballad probably doesn’t work for us.’ So, cool. I’ll find some other way for her to hear it. So, right now, we’re just coming to attend.”

Brooks caught some heat after he admitted to lip-synching his performance during the 2017 CMAs just moments before he won the coveted Entertainer of the Year title for the sixth time. Brooks defended himself saying that with a run of 12 concerts in 10 days, his voice was shot. “We decided to lip-sync it because my voice was just not there, and we wanted to represent country music the best we can,” he said.

While several of Brooks’ fellow artists criticized him for the move, most supported his decision, including Randy Travis and Blake Shelton.

.@garthbrooks A friend, a man, an artist who gives ALL, always! Our family in music should be the 1st to understand—after you walk in our shoes, get back with us! -RT https://t.co/IMR1nIg3Ze

Fans were hopeful that Garth would once again take the CMA Awards stage to perform this year, especially if he was bringing new music. We’re crossing our fingers that the CMA will grant Garth his wish and allow him to debut his new ballad. The CMA Awards just won’t be the same without an epic Garth performance!

With or without Garth Brooks, there is an incredible line up of confirmed performers including Carrie Underwood, Luke Bryan, Keith Urban, and Kenny Chesney. Tune in to the CMA Awards live from Bridgestone Arena in Nashville on November 14th.