Gary Allan Is Engaged – See Photos Of His Magical Proposal 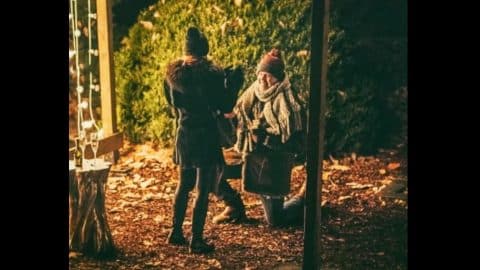 The “Watching Airplanes” singer surprised his fans on Tuesday (December 7) when he dropped the news he is now engaged to his longtime love, Molly Martin.

This will be Gary’s fourth marriage. He married Tracy Taylor in 1987 and they share three children, Maggie, Tanna and Dallas. They eventually split up.

Gary married his second wife, Danette Day, in 1998 and they parted ways the following year. He then married Angela Herzberg in 2001 and she passed away in 2004.

According to People, Gary designed his new fiancée’s pear-shaped diamond ring. Gary and his daughter, Maggie, run a jewelry business called Gary Allan Custom Jewelry, though he tagged Marcco Jewelers on a photo he shared of Molly’s ring.

Gary spoke about his passion for jewelry making in a prior interview with People.

“I’ve always been fascinated with knives and watches,” he said. “I think I always wanted to be a jeweler.”

Gary brought his custom diamond ring to Cheekwood Estate and Gardens in Nashville, Tennessee, which is where he popped the question. He took to social media to share several photos from the magical proposal.

“She said yes !!!” Gary captioned the pictures. He and Molly were all bundled up in winter attire and were surrounded by a bunch of twinkling lights.

Molly was clearly surprised. One photo shows her with her hands in front of her face in shock while Gary got down on one knee in front of her. Another picture shows the couple toasting their engagement with glasses of champagne.

Look below to see the stunning photos from Gary’s proposal. Congratulations to him and Molly!