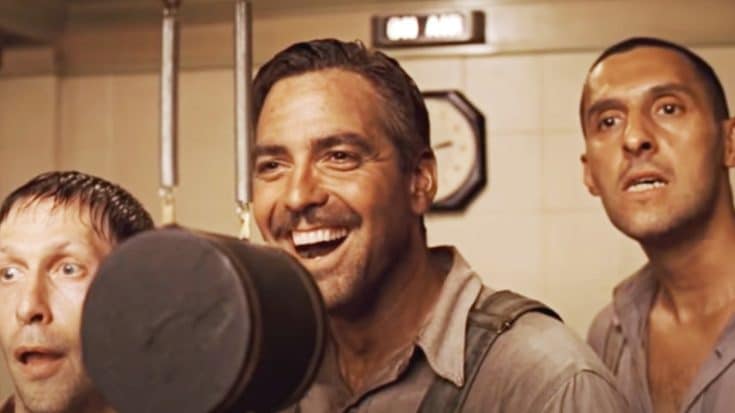 George Clooney portrayed the musically gifted Ulysses Everett McGill in O Brother, Where Art Thou, so it might surprise some fans to learn that the actor cannot sing.

O Brother, Where Art Thou? was a satirical film that followed three convicts that escape a chain gang with plans to recover a buried treasure. The 2000 film springs the trio of escapees into fame, including Ulysses Everett McGill, portrayed by Clooney. The convicts, known as The Soggy Bottom Boys, become a bluegrass hit.

After signing onto the movie as an actor, Clooney had to audition for the singing elements in the film. In an interview with Variety, the actor admitted that the audition did not go as he hoped. He admitted:

“They assumed I could sing because my aunt was Rosemary Clooney, and I assumed I could sing. And then we got in there, and they’re behind the glass desk, it’s Joel, T Bone and Ethan. And I really worked hard at it, and then I sang it and I looked up and no one would look up…And they thought if I listened to it, I’d understand. And I’m listening to it, and it literally sounds like a cat caught in the wheel well of a truck driving down the street.”

While Clooney was initially embarrassed by his vocal audition, only one of his leading co-stars was slated to sing on a track. Tim Blake Nelson lent his vocals to one song in the film, “In the Jailhouse Now.”

Relive the musical impact of O Brother, Where Art Thou? in the following clip.