By Miranda Raye on October 23, 2018
Advertisement 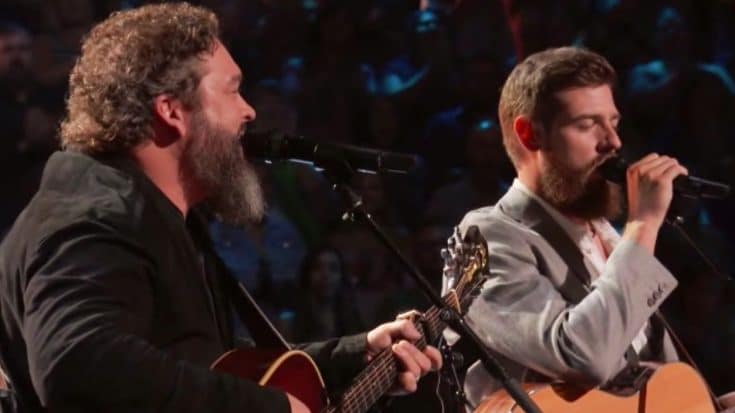 Blake Shelton may have joked that he paired Dave Fenley and Keith Paluso in the Voice battles to see who has the better beard. But in reality, he just wanted to see how well the two soulful singers would be able to fare against one another.

All beards should be judged equally, and this was a very hard decision for me.. Both beards are great. Full, colorful, shapely. It’s impossible to choose… but unfortunately, it’s part of the job.

Although Paluso has no plans to sing country music in the future, Shelton decided to give him and Fenley a song that’s as country as can be. The song he chose was George Jones‘ “I’m a One-Woman Man.”

The song’s history dates back further than Jones’ rendition. It was first recorded by its co-writer, Johnny Horton, and released by him in 1956. His version reached the seventh spot on the Billboard Hot Country Singles chart.

Jones first released a rendition of the song in 1960, and included it on his album The Crown Prince of Country Music. He re-recorded the song and released it as a single in 1988, which is when it secured the fifth spot on the Billboard Hot Country Songs chart. It was the last Top Ten single of his career.

Shelton described Jones’ rendition of the song as being a typical country “shuffle.” But that’s not the vibe that Fenley and Paluso wanted to go with for their battle.

Instead, the two talented singers came together to create what Shelton said was a “completely original version” of the song. The twist they put on it gave the tune a more soulful, rock feel than anything else.

As is usually the case when two powerhouse vocalists come together on The Voice, all of the coaches were left stunned by what they heard from Fenley and Paluso. Neither Jennifer Hudson or Kelly Clarkson could offer any advice to Shelton on who to pick, saying it was too tough of a decision.

Shelton knew he had an impossible choice to make. But in the end, he went with Fenley, hopeful that the “best scenario” would occur and Paluso would get stolen.

Fenley hoped the same. As he walked off stage to hug his coach, he first hugged Paluso and whispered “Get that steal.” Sure enough, before Paluso had time to say goodbye, Adam Levine swooped in and saved him with a steal!

Tune in to the clip below to watch the classic-country themed Voice battle that resulted in two talented singers securing their spots on the show.