By Jennifer Pernicano on March 21, 2019
Advertisement 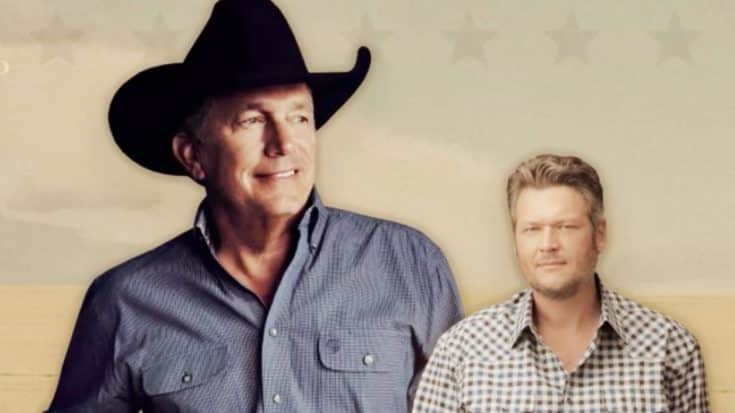 George Strait has been on a roll lately, and it looks like he has no plans on slowing down!

Even though he embarked on a two-year farewell tour called The Cowboy Rides Away, which ended in 2014, we quickly learned that did not mean he would be done with performing altogether – just touring. Just two years later, to everyone’s surprise, he started a mini Las Vegas residency. He plays a few weekends a year in Sin City and consistently sells out every show.

After a couple years performing in Vegas, Strait began announcing more projects including a new album, and even headlining a music festival in Ohio called the Buckeye Country Superfest.

The King of Country will return to Ohio for the Buckeye Country Superfest on Saturday, June 8. Tickets to see George, @blakeshelton, @thechrisjanson, Midland and RaeLynn go on sale Friday, December 7. See you there, Buckeyes!

The new album, called Honkey Tonk Time Machine, drops on March 29th and features the songs “Código,” “God and Country Music,” “Every Little Honky Tonk Bar,” and “The Weight Of The Badge,” all of which have been released already. You can pre-order the album here.

New music from George Strait is coming March 29th! Pre-order a digital copy of HONKY TONK TIME MACHINE and get three new tunes, "Código" + "God and Country Music" + "Every Little Honky Tonk Bar" instantly! [Link in Bio] . George and his band cut their teeth playing at the Broken Spoke, on any given night at the Texas honky tonk you could hear early hits like 'Amarillo By Morning' and 'Unwound'. This year the legendary Austin dancehall turns 55, and is also on the cover of George's new album! #GeorgeStrait #GodAndCountryMusic #CountryMusic #KingGeorge #HonkyTonkTimeMachine #BrokenSpoke

Strait surprised his fans – once again – with a huge announcement on Tuesday (March 19). He will be playing a massive stadium show at Gillette Stadium in Foxborough, Massachusetts with supporting acts Blake Shelton, Cody Johnson, and Caitlyn Smith!

The announcement video began with Shelton sitting down and asking his team what he is filming. When he found out it was for his upcoming show with George Strait, he was very confused.

“George Strait? George Strait’s retired. He made a huge announcement. He said, ‘I am retiring. I’m not going on tour anymore’,”he said, “If I was doing a show with George Strait, trust me, I would know about it. I dream of things like that,” Shelton added before praising Strait some more.”

Strait kind of cleared the air about his retirement in the video, saying, “Yeah, I don’t know where that came from. I guess when I said I wasn’t going to tour anymore, they thought maybe I was retiring but that was never my intention.”

Tickets for the show went on sale on March 29th – his album release date – and can be purchased here.

The entire promo is pretty hilarious, with Shelton’s confusion, and Strait claiming to not watch The Voice, despite being a fan of Adam Levine and not Shelton! Watch it below.