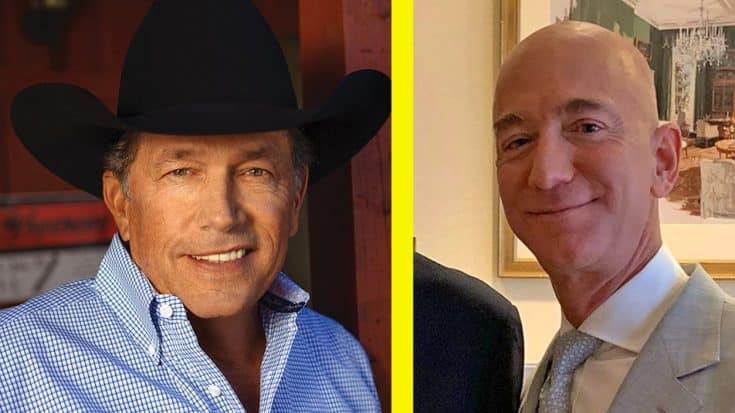 Any country music fan knows who George Strait is, and most people nowadays know or have heard of Jeff Bezos, the tech billionaire. What’s shocking about the two of them is the fact that they’re actually related!

But there’s still a lot of uncertainty as to how they are related. Most sources online simply say the two of them are cousins but that isn’t technically true.

The Amazon founder was born in Albuquerque, New Mexico, to Jacklyn Gise Jorgensen and Ted Jorgensen. After his parents divorced, Jacklyn married Miguel Bezos then the family moved to Houston, Texas. Miguel adopted Jeff and his surname was changed to Bezos.

For a 2020 article, Taste of Country did some digging to figure out exactly how the two men are related. Using Find a Grave, which is owned by Ancestry.com, they were able to figure out the truth:

Being twelve years younger than Strait, it is possible that Bezos heard some of his distant relative’s songs on the radio. But it doesn’t appear that the two of them are in communication with each other.