By Miranda Raye on March 19, 2019
Advertisement 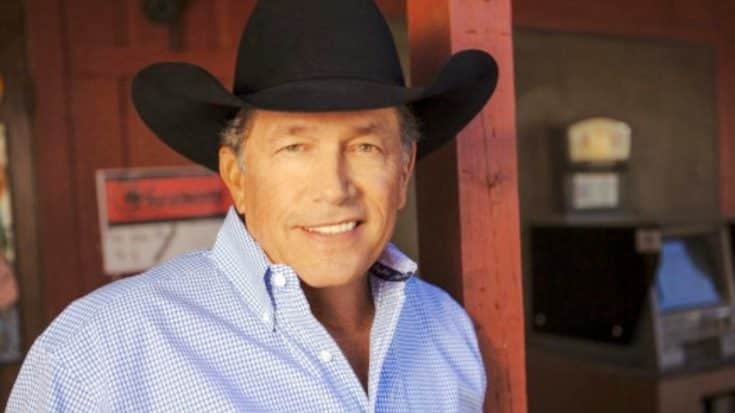 “King George” Is On A Roll

Many a country fan shed a tear when George Strait announced in 2012 that he was retiring from touring. He made it clear that he’d still perform from time to time, and that he’d remain at work in the studio.

But before he retired, Strait embarked on a two-year farewell tour that concluded in 2014. After that, fans of the “King of Country” basically gave up hope that they would ever see him perform in their hometown again.

While Strait stayed true to his word and kept his performance schedule light, he did kick off a residency in Las Vegas. It’s a residency that has lasted for several years now, with Strait performing a handful of dates in the city throughout each year.

On top of his Vegas residency, Strait has made the occasional appearance at other events, particularly in his home state of Texas. Back when the state was dealing with the aftermath of Hurricane Harvey in 2017, Strait jumped in to lead a benefit concert. The concert ended up raising over $20 million.

Strait returned to the great state of Texas on Sunday (March 17) for a special closing performance at RodeoHouston. The country superstar has performed at the event a total of 30 times over the years, and always draws in a massive crowd.

This year, he broke his own attendance record when 80,108 tickets were sold to his closing show.

On top of the RodeoHouston gig and his concerts in Vegas, Strait revealed earlier this year that he would be performing at the Mercedes-Benz Stadium in Atlanta, Georgia with Chris Stapleton, and that he’d also be playing the Buckeye Country Superfest in Columbus, Ohio alongside Blake Shelton.

To top it all off, he has multiple Vegas dates set in stone and two November concerts scheduled at the Dickies Arena in Fort Worth, Texas. Oh, and he’s performing at the ACM Awards for the first time in years.

'86, '89, '97 @ACMawards #tbt Tune in to this year's awards for a special performance from #GeorgeStrait, April 7 on CBS! pic.twitter.com/DBBzQfNcFd

With a more packed scheduled than he’s had in recent years, fans were never expecting that Strait would add another show to his lineup. But he surprised everyone on Tuesday (March 19) when he revealed that he will be performing at the Gillette Stadium in Massachusetts in August.

He will be joined yet again by Shelton, as well as Cody Johnson and Caitlyn Smith.

Could This Mean Something Bigger Is Coming?

It’s exciting to see that Strait is hitting the road a bit more these days. Could it mean that there’s something big on the horizon for the “King of Country”…like a nationwide tour?

Even though he’s retired, Strait’s recent increase in bookings at least makes it appear like he’s gearing up to go on tour again. If he does, he’ll have a wealth of new music to perform! He has a new album titled Honky Tonk Time Machine, and fans are already loving its songs.

Attention #GeorgeStrait Fans!!! If you have not yet pre-ordered this album, do it NOW! You are absolutely going to love it. We got our advanced… https://t.co/7NvasNPFdE

One of the standout tracks is called “God and Country Music,” which features a special guest…Strait’s grandson! He even sang the song with him during his RodeoHouston appearance, and the performance was thankfully caught on video. Check that out below!

What do y’all think of this exciting news? Do you think it looks like Strait is preparing for a tour in his future? We sure hope so!