By Manly Bryant on March 27, 2019
Advertisement 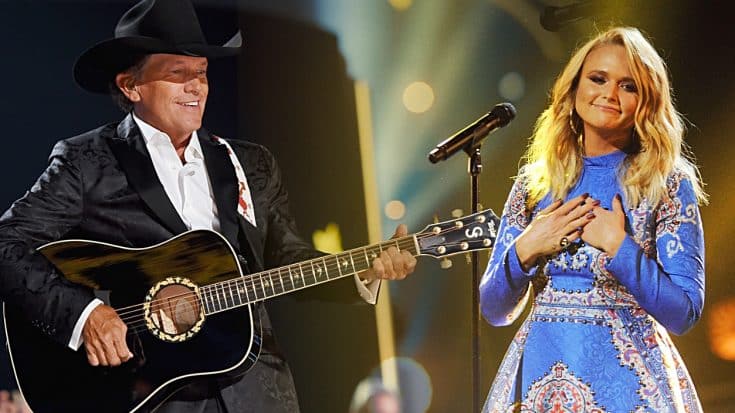 No, folks – this doesn’t happen very often, and what better time than one of the year’s biggest nights in country music?

George Strait and Miranda Lambert – two Texans with a boatload of hit singles are teaming up for a duet that we rarely get to see, and it’s all in celebration of the 54th Annual ACM Awards in just a few days’ time!

Strait and Lambert have been pals since 2006 – shortly after she became a finalist on USA’s country singing competition Nashville Star. The two toured around for a few dates and have been friends ever since.

Not too long ago, they both also shared the stage in Houston during his Cowboy Rides Away Tour for a duet of his beloved song “Run.” Now, these two are joining forces for one of their rare duets and we can’t wait to watch it!

George Strait has been promoting his forthcoming new album and seems to be releasing songs left and right in the last few weeks, while Miranda just finished her third studio album as part of the Pistol Annies in November. Plus – she just got married, so there’s a lot of new stuff happening for her!

As part of the 2019 ACM Awards’ sweeping announcement, both George Strait and Miranda Lambert were listed as some of the star-studded performers for the show, and just recently a rare collaboration between the two country singers was added to the lineup – and fans are losing their minds!

Previously, these two have paired up for songs like “How Bout Them Cowgirls” and “Run” – but only time will tell what they’re singing during this epic event on Sunday, April 7th.

Check out their beautiful performance during his Cowboy Rides Away Tour below – and set a reminder to watch the 54th Annual ACM Awards!