By Jennifer Pernicano on September 24, 2020
Advertisement 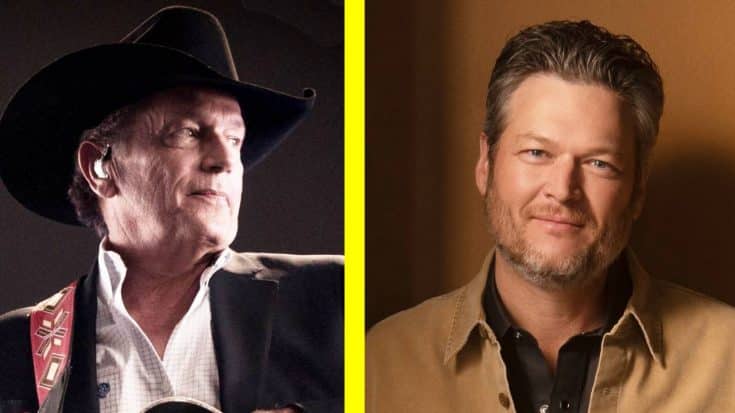 The 19th of The Voice began on on October 19, 2020 and to get fans ready for the premiere, the show rolled out a few different videos on social media.

One in particular that has captured fans’ attention was shared on September 14. The caption read, “The King of Country is BACK…and he’s the reigning champ.”

The promo included Shelton’s fellow Voice coaches Kelly Clarkson, John Legend, and girlfriend Gwen Stefani pleading with contestants to join their teams instead of the “God’s Country” singer, who has seven wins under his belt.

“Blake Shelton, obviously, he’s a country king,” Stefani said in the promo, “but he is so burnt out!”

The King of Country is BACK… and he's the reigning champ. ?#TheVoice returns with @BlakeShelton, @KellyClarkson, @JohnLegend & @GwenStefani October 19 on @NBC. https://t.co/8TBcueemJr

After seeing the promo calling Shelton “The King of Country,” Kelly Clarkson responded on Twitter with some sass.

“I must have missed George Strait in this video,” she tweeted along with an emoji with its tongue out.

The King of Country is BACK… and he's the reigning champ. ?#TheVoice returns with @BlakeShelton, @KellyClarkson, @JohnLegend & @GwenStefani October 19 on @NBC. https://t.co/8TBcueemJr

As most country music fans know, George Strait has been nicknamed “The King of Country Music” for many, many years due to his chart domination over the course of his decades-long career. Strait has a record 60 number one songs to his name, by far the most of any country singer.

The King of Country meets his match when The Voice returns Monday, September 19 on NBC.

A year later, they called him, “Everyone’s favorite Country King.”

Just call him the King of Country. ? Congratulations Blake Shelton on CMA Country Music Association Single of the Year!

Well, it seems that King George himself has taken notice of The Voice calling Blake Shelton “The King.” Strait retweeted Clarkson’s reaction to the video, as you can see in the image below.

Oh boy! Wonder how The Voice, or Blake Shelton, will respond. Shelton has opened for The King several times, so we bet they got a good laugh out of it!