By Manly Bryant on November 27, 2018
Advertisement 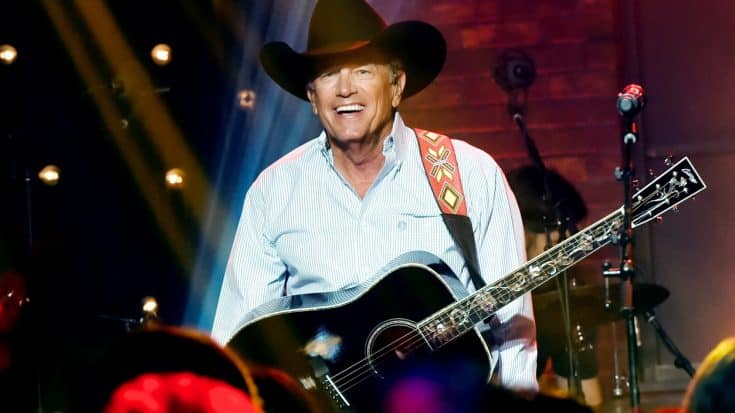 The King & His Never-Ending Reign

Taking to the stage for his retirement tour and final shows in 2014, longtime country music superstar George Strait broke the news to everyone that he was stepping away from the tough life of touring in country music.
This meant that anyone who wanted to see him while he traveled around the country would have to snag a ticket to one of the shows on his Cowboy Rides Away Tour before he came home off the road – for good.

#FlashbackFriday to @RonnieDunn & @GeorgeStrait taking the stage together during the Cowboy Rides Away Tour in 2014! pic.twitter.com/vIBfvWQllr

In the time since he officially retired from touring, Strait has played a very limited number of shows and as of 2017 – everyone thought that would be the end of his performing career.

For a highly-publicized and limited-run series of concerts in Las Vegas, George Strait played a smattering of dates throughout the holidays and into the spring of 2017 with people scrambling to get seats to this rare live show from The King of Country Music.

Tickets sold out within just minutes of going on sale and his continued success at drawing huge crowds for a concert was clearly alive and well. Following the concerts in Vegas, Strait played the Houston Rodeo and then kept pretty quiet for a few months – but, as they say, there’s always a calm before the storm!

In a brand-new announcement, one of the most sought-after and beloved musicians in country music history is coming out of semi-retirement for another series of shows that you absolutely will not want to miss!

Mark your calendars! George is heading back to @TMobileArena in Las Vegas with @AshleyMcBryde on August 23 & 24. Tickets on sale Friday, December 7 at 10AM PT https://t.co/N3ptUB19S5 #vegas pic.twitter.com/75rM7BDO4m

Announced on Tuesday, November 27th, 2018, George Strait revealed that he’s making a historic return to Las Vegas for a whole new line up of shows for a 2019 revival of his “Strait To Vegas” series.

Taking to the T-Mobile arena where he’s had overwhelming success with this series, Strait will feature none other than rising country superstar Ashley McBryde – and we couldn’t be more excited!

Check out a clip from his previous concerts in Las Vegas below and let us know if you’ll be getting tickets in the comments!