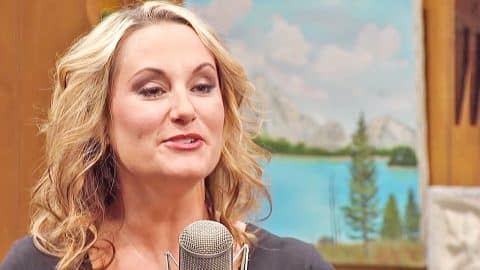 Back in 1967, a beautiful blond named Tammy Wynette hoped to make a name for herself with the release of her debut record. That record, titled Your Good Girl’s Gonna Go Bad, established Wynette as an instant star.

The first single Wynette released off of the album was “Apartment No. 9,” and that song reached the 44th spot on the chart. She knocked the success of that song out of the water with the release of the album’s title track.

That song climbed all the way to the third spot on the Country Singles chart.

Written by Billy Sherrill and Glenn Sutton, “Your Good Girl’s Gonna Go Bad” is told from the perspective of a woman who is talking to her husband. Although she’s always been a “good girl” she recognizes that her husband likes some of the wild sides of life.

As a result, she warns him that his “good girl” may just end up going bad as well.

“If you like’em painted up powdered up then you ought to be glad,” she sings. “Cause your good girl’s gonna go bad.”

Although the song has a bit of an edge, Wynette delivered it with a sense of innocence. Her daughter, Georgette Jones, honored that style when she sang the song during an appearance on Larry’s Country Diner.

You can hear hints of Wynette’s voice in her daughter’s, but Jones’ voice is still entirely her own. It fits the song beautifully, and is filled with country charm.

Jones’ love for her mother and her music shows through the bright smile she sports while she sings. That personal connection allowed her to portray the song from a place of honesty, and the crowd seemed to enjoy it.

Now it’s time for you to witness Jones’ captivating performance of “Your Good Girl’s Gonna Go Bad.” You can catch it in the video below.

We think Wynette would be so proud of her girl, don’t y’all?