By Manly Bryant on October 14, 2020
Advertisement 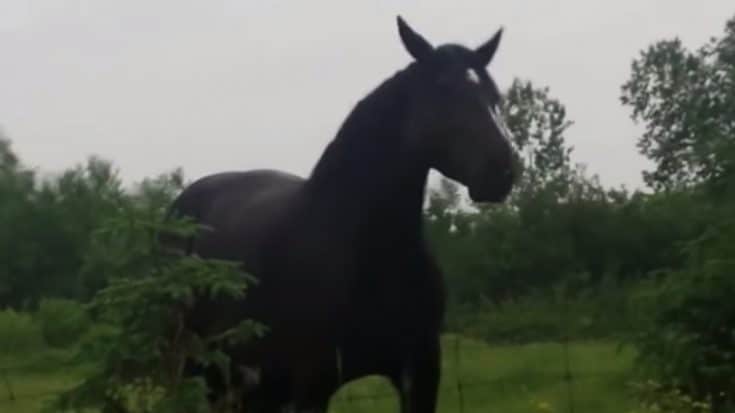 About three weeks ago, Nathan Apodaca filmed a TikTok video of himself singing to “Dreams” by Fleetwood Mac while he was riding his longboard to work because he was having car troubles.

The TikTok video received millions of views and became so popular that other people have been recreating their own version of the video with the song. Thousands of remixes have been uploaded to the Internet but there is one amazing video that has recently resurfaced from July 8th, 2018 that’s pure gold and it features the same song.

Uploaded to YouTube by Victoria Anderson-Gardner is a video of she and her friend, Morningstar, riding down a backroad in Thunder Bay, Ontario listening to “Dreams” by Fleetwood Mac and singing it out loud.

As they were enjoying the tunes and summer breeze, Victoria brought the car to a halt after they spotted a horse standing next to a fence by the road. They played the music loudly and the horse clearly loved it and eagerly leaned in to listen.

The excited stallion flicked his ears around and nodded his head back and forth in a dancing motion to the music. Victoria sang to the horse and he really began to break it down with the dance moves. They were truly excited to see how cool the horse reacted.

Victoria wrote on YouTube, “My pal Morningstar and I decided to stop and say hi to a horse on a backroad, and figured, ‘Hey why not, serenade them?’ This is what you get.”