By Manly Bryant on August 3, 2018
Advertisement 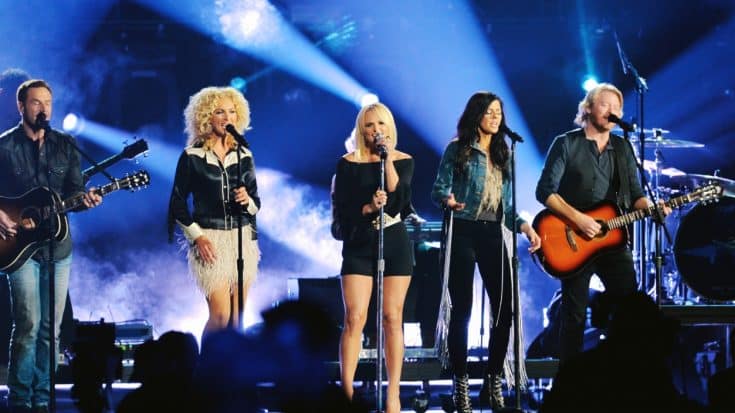 In the middle of a co-headlining tour, this country group was robbed of an entire trailer that they had been using while out on the road. But the joke is all on the thieves.

Taking to social media, the band members of Little Big Town called out these miscreants with a post that shamed them publicly – in front of more than 1.2 million people.

Little Big Town on the carpet after winning another Grammy! #GRAMMYs pic.twitter.com/rPzrE0hcJM

This Grammy-winning group of talented country singers has been on tour with fellow country crooner, Miranda Lambert, for their co-headlining “Bandwagon Tour.” They all perform hits from each artist’s collections together and even throw in some unexpected collaborations at every stop they make.

So, why would someone want to ruin the fun for this group of singers bringing smiles to everyone? Well, we can’t answer that – but we can say that good timing and a little luck made sure the thieves were the ones who got fooled!

“To the guys that stole our trailer – guess you thought you were getting vintage guitars and amps,” the band wrote on their Twitter page.

Unfortunately, there always has to be one person to ruin the fun – and these thieves did ruin it for someone…it just didn’t happen to go the way they expected.

According to LBT’s tweet, the trailer wasn’t filled with pricless instruments and audio equipment, but rather their children’s toys and colorful playthings!

“Instead you got two old kid bikes, 1 scooter, a baby pool and a unicorn float. Karma’s a funny thing!” the band continued in their post.

Alongside their comical reveal about the karma that was bestowed upon whoever tried to rob them of high-value items, the band shared some photos of the “loot” they had made off with.

To the guys that stole our trailer- guess you thought you were getting vintage guitars and amps. Instead you got two old kid bikes, 1 scooter, a baby pool and a unicorn float. Karma’s a funny thing. ?? ?? pic.twitter.com/iDuFVcG8S8

We are sure that the band’s kids will be missing their adorable unicorn floaty – but that’s easily replaceable.

Watch one of Little Big Town and Miranda Lambert’s killer performances on The Bandwagon Tour below.