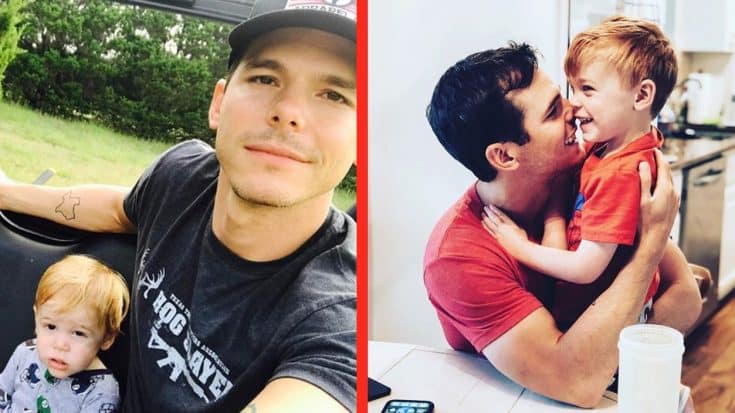 Just three weeks since his young son was tragically killed in an accident at their home, country music star Granger Smith is opening up publicly about the details surrounding this family tragedy as he describes his family’s journey toward healing.

Smith, who has released nine full-length studio albums throughout his career, is known for his songwriting, singing, and his rowdy alter ego “Earl Dibbles Jr. ” He and wife Amber Smith have been married since 2010 and welcomed three children together. Two boys and one girl.

Sadly, their youngest son River Kelly passed away on June 6th,  following a devastating and tragic accident. Both Granger and Amber took to social media and issued a shared statement about the circumstances surrounding his passing – and posted photos showing their endless love.

After the passing of their young son, many have had questions about what happened and in a series of videos posted over the course of the last couple of weeks, the Smiths have revealed some of the information and answered those questions.

First, a representative of the family told news outlets that their son had passed away in a drowning accident at their home, but did not provide further information. Both Granger and his wife have spoken openly to their large following on YouTube about their love for River, grief, mourning, and their faith-filled path toward healing.

A new video posted on Tuesday, June 25th, 2019, shows Granger while he drives on down to the Yee Yee Ranch – something he often would have done with River by his side.

“Part of me wants to pack up the family and find some secluded cabin in Colorado and disappear, and never be heard from again,” Granger explained, adding, “I don’t think most of you would blame me if I did that. I don’t think it would be wrong if I did that.”

He goes on in the video and explains how he and his wife Amber both believe strongly that in light of the tragic event that his struck their family, remaining as positive role models for others who may have gone through something similar is very important. That’s partly why they’ve chosen to be so open about such a private matter.

Also, he says that the two of them are responsible to continue to remain strong for their children – both of which were present when River drowned.

Granger explained that all three of the kids were in the backyard together and he was doing gymnastics with their daughter while their two sons were having a water gun fight. But their lives were changed in just 30 seconds, he said.

The country singer explained that the family had built a child-locked gate around the pool after they moved in, and expressed his own confusion at how the series of events surrounding River’s passing occurred.

Somehow, young River was able to get through the gate and slipped into the pool. A pool that he had been swimming in many, many times.

“You’ve got to love those around you today, right now, because the impossible does happen … we just don’t know.”

How everything unfolded is still a mystery to the family.

Our hearts are broken for this young, wonderful family and we continually pray for them in this very difficult time.