By Manly Bryant on February 4, 2021
Advertisement 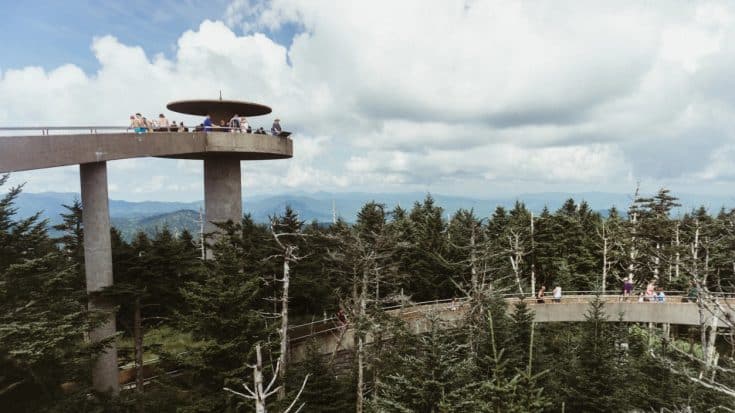 According to Outforia, an outdoor travel guide that ranks the most dangerous national parks in America, the Great Smoky Mountains National Park (GSMNP) came in third.

The ranking system Outforia used was based on the number of deaths that happened in the park between 2010 and 2020. GSMNP added up a total number of 92 deaths over the past 10 years and the majority of them wasn’t from falling, drowning, or a wild animal attack – it was from 37 motor vehicle crashes.

With over 12 million visitors each year, it’s the most visited national park in the United States and the crashes come mainly from two things: people who are drunk driving, and people who commute to the park every day and get a little too comfortable with the roads.

WKRN reported Chief Ranger for GSMNP Lisa Hendy saying, “The willingness to push because you’re a little more comfortable with the fact that you’re driving your own car instead of a rental, you know, makes you a little familiar with the vehicle; all those things lend themselves to getting a little more careless and letting your foot drop a little-more than you want it to.”

The 2nd most dangerous national park in America within the last decade is Yosemite with 126 deaths. The majority of people killed at this park came from falling, which were 45 people. Most of the falls are from people trying to get the best picture at the top of a mountain peak and not looking where they’re stepping and falling to their death.

“I was the emergency manager at Yosemite, and so I was in charge of the emergency services there, so I’m very familiar with what happens there,” Lisa said.

The top-ranked most dangerous national park in America goes to the Grand Canyon. With 134 deaths and 100-foot drops everywhere you look, you’d think most of their deaths came from falling, which is 27. However, most of the reported deaths at the canyon came from medical or natural causes, like extreme heat, which was 42 people.