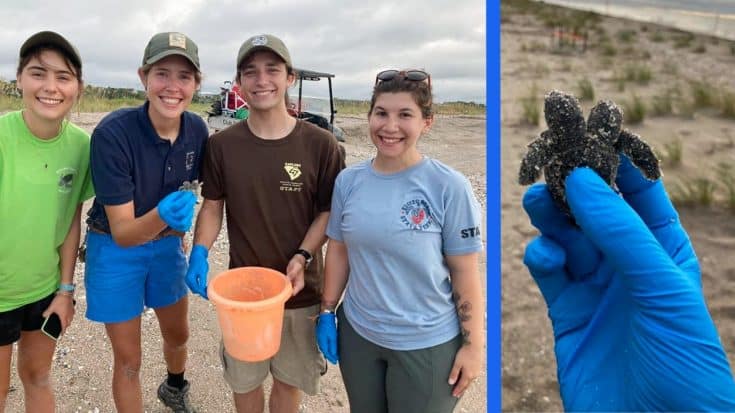 South Carolina State Parks shared an incredible photo on Facebook of a two-headed turtle hatchling that was found on the sandy shores of Edisto Beach State Park.

The state park said a group of patrollers and volunteers showed up at the beach around three to five days after a sea turtle’s nest showed signs of a major emergence.

As they surveyed the nest, they dug down to determine the success of the nest by counting the hatched eggs, unhatched eggs, and on occasions also finding live hatchlings.

“While performing an inventory this past Wednesday, patrollers and volunteers found three alive loggerhead sea turtle hatchlings still in the chamber, but one hatchling in particular stood out because it had two heads!” South Carolina State Parks wrote.

Wildlife experts said the reason why the turtle hatchling had two heads was due to a genetic mutation. They added that other two-headed hatchlings have been found in South Carolina before in the past but this was a first for the patrol team at Edisto Beach State Park.

“After a few photos, this hatchling, along with the two others found, were released into the ocean,” South Carolina State Parks wrote.