Guy Just Caught The Largest Catfish Ever Recorded In Florida

By Manly Bryant on July 5, 2019
Advertisement 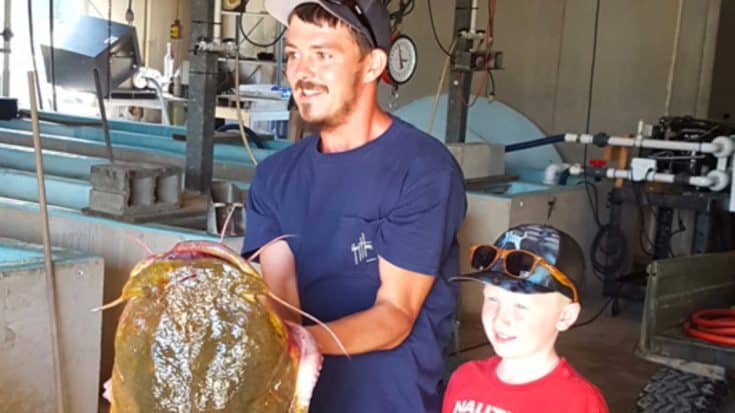 Marvin Griffin from Santa Rose County just put his hometown on the map when he captured the largest catfish ever recorded in the state of Florida.

Florida Fish and Wildlife Conservation Commission confirmed the catfish weighed a whopping 69.3 pounds, stretched out 47 inches long and had a girth of 34.25 inches. It reportedly was caught using live bait on a rod and reel in the Yellow River.

“I wasn’t expecting to catch a state record when I started fishing that day with John Babb,” Marvin told the FWC. “But, it was the first and only fish we caught that day. I never would have been able to bring the fish into the boat without his help.”

Marvin took the fish to the FWC’s Blackwater Hatchery where the biologist on site could weigh it and certified it as officially being the largest catfish caught in the state. The former state record was a catfish that weighed 63.8 pounds caught in the Chattahoochee River in 2016 in Jackson County.

“I have always wanted to catch a state record,” said Marvin. “After my uncle caught his, I made it a mission of mine to catch my own.”

The catch is super impressive and you can tell by Marvin’s smile it meant the world to him.