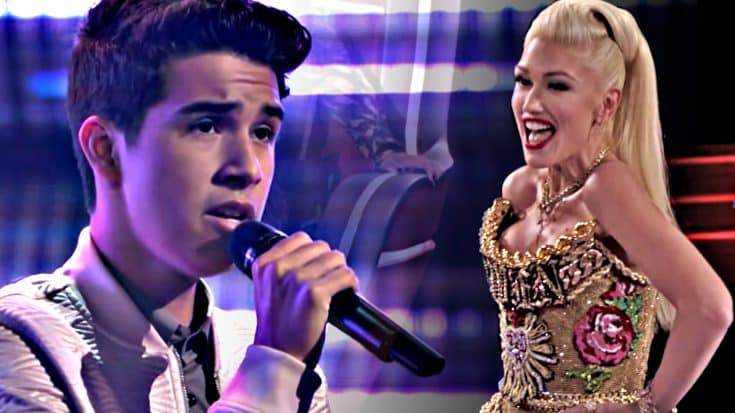 A 14-year-old with a “timeless” voice that sounds like he’s been singing for decades really stirred up a friendly competition among the coaches when he earned a four-chair turn.

Preston C. Howell, who is a youngster hailing from Miami, dropped jaws and blew everyone’s mind when he issued the first couple of notes during his smooth and jazzy performance of “Dream A Little Dream Of Me” by The Mamas & The Papas.

The song, which has been covered many many times since it was released in 1968 – and notably by Barry Manilow, Bing Crosby, Dean Martin, Louis Armstrong, and of course, Michael Buble.

In the spring 2018 season of The Voice, Livia Faith also performed a blind audition with this song as well – and she picked Kelly Clarkson as her coach!

Now, with Kelly, Blake, Gwen, and John Legend in the coaches’ seats – this teenager tried his own hand at the song – hoping to earn a seat on one of the teams.

Luckily for him, he has a whole host of choices because all four turned for him – and then they all started trying to win him over. But, only one of them turned the charm up a notch and sang for him – and that was Gwen!

She, of all the coaches, wasn’t one that most folks think would be a jazz singer, but after listening to how Preston came to be on the stage and what his musical tastes are – she showed him a tune she learned way back in college! And it was spectacular!

Watch his audition below and let us know what you think in the comments.