By Miranda Raye on December 1, 2020
Advertisement 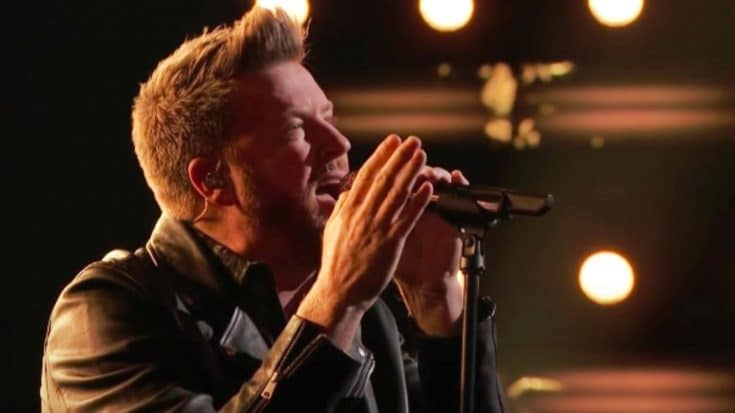 Country singer Ben Allen faced quite the challenge when he went up against the trio Worth the Wait during the Season 19 Voice knockouts. But he managed to hold his own, and delivered a standout performance that made it tough for his coach Blake Shelton to choose a winner.

In the end, Shelton named Worth the Wait as the winner of the knockout. Though his choice didn’t mark the end of Allen’s run on the show.

In a surprising move, Gwen Stefani opted to use her one and only steal to claim Allen for her own team. By doing so, Stefani allowed Allen to earn a coveted spot in the Top 17 and sent him on to the live shows.

Allen didn’t take his second chance at Voice stardom for granted. When the first live show of Season 19 aired on November 30, he was ready to show viewers why he deserves to stay on the show.

He covered Kenny Chesney’s sentimental song “There Goes My Life,” which reached #1 on the Hot Country Songs chart following its 2003 release. It’s hard for any singer to tap into the emotions in this song, but Allen made it clear he was capable of doing so.

Stefani praised her newly acquired team member after he finished his cover.

“Well Ben, I just feel real lucky to have you on my team,” she said. She also complimented his “beautiful” performance, and said he knew exactly what he was doing with it.

“You have a distinctive style in your voice, so very original,” she said. “I was really proud of that even though we’re just getting to know each other. Amazing.”

Tune in to the video below to witness Allen’s “amazing” cover of “There Goes My Life.” We’re so glad Stefani stole him so we could hear him sing again on The Voice!