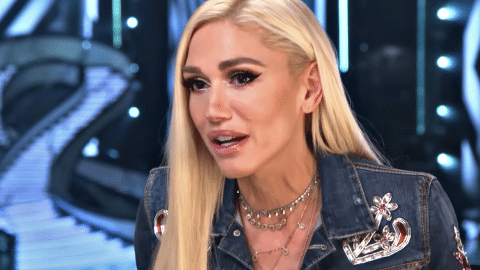 Just the day before her show, this longtime pop superstar and former lead singer of 90s band No Doubt canceled the date on her Vegas residency with a heartfelt statement expressing her disappointment in having to do so.

Gwen Stefani has become known for her music as well as her time spent coaching rising artists on The Voice and for her romantic relationship with fellow Voice coach and country music superstar Blake Shelton.

But, that has all changed, and for the first time in a very, very long time – Gwen has canceled one of her shows.

In the last few years, she hasn’t missed a show once and even performed on The Voice with a ruptured eardrum! To say she’s a go-getter would be an understatement. So, this cancelation comes as a big surprise to many – but fans are taking it very seriously and being incredibly understanding due to her track record.

Stefani just recently performed at the California Mid-State Fair in Paso Robles on Sunday, July 21st, and her next scheduled date was for Wednesday, July 24th, 2019 – but it appears something has hit her immune system very hard.

In a statement posted to her social media accounts, the singer and returning Voice coach revealed that she had been battling an illness in recent days and due to that – she was unable to perform for her residency date on Wednesday but anticipated being well enough to perform on Friday.

“I am so upset to share that I am unwell & will not be able to perform my Vegas residency show tomorrow night,” Gwen said. “I was so looking forward to seeing everyone & performing & I wish I wasn’t feeling the way I do.”

We are wishing her well and hoping for a speedy recovery! See her full post below!