By Miranda Raye on December 7, 2020
Advertisement 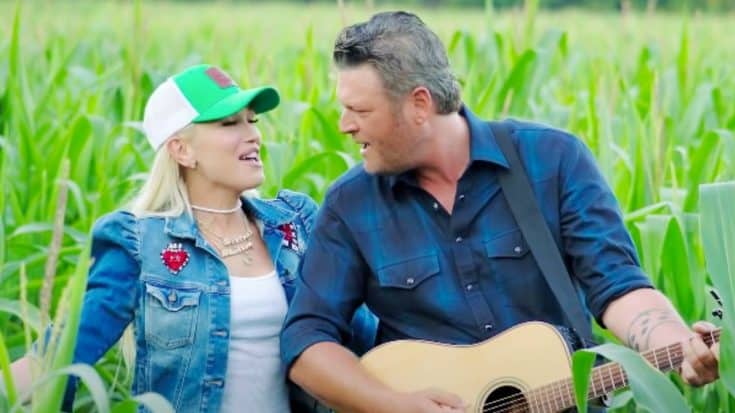 The couple’s fourth collaborative track, “Happy Anywhere,” climbed to the top spot on the Mediabase chart, making it the 28th number one song of Shelton’s career.

As for Stefani, this marks the second time she has earned a number one country single. The couple’s previous collaboration, “Nobody but You,” was a #1 song earlier this year.

Stefani took to social media to celebrate after learning that “Happy Anywhere” just became her second number one hit in country music.

“@blakeshelton I can’t believe I get to be part of your 28th number one radio hit and have my 2nd country radio hit!! with #happyanywhere sure is fun being number one but with you it’s another level!!!!!” she wrote.

The news comes not long after Shelton and Stefani announced their engagement after five years of dating. They’ve kept busy ever since, as they are currently both serving as coaches on The Voice.

Shelton and Stefani stay in LA when they’re working on The Voice, but they spent a large part of this year at Shelton’s property in Oklahoma. That’s where they filmed their music video for “Happy Anywhere,” which now has over 14 million views.

The video also includes various clips Stefani had saved on her phone throughout the past few years she and Shelton have spent together.

Congratulations to Shelton and Stefani on earning yet another #1 country song. They have proven to be one dynamic duo!