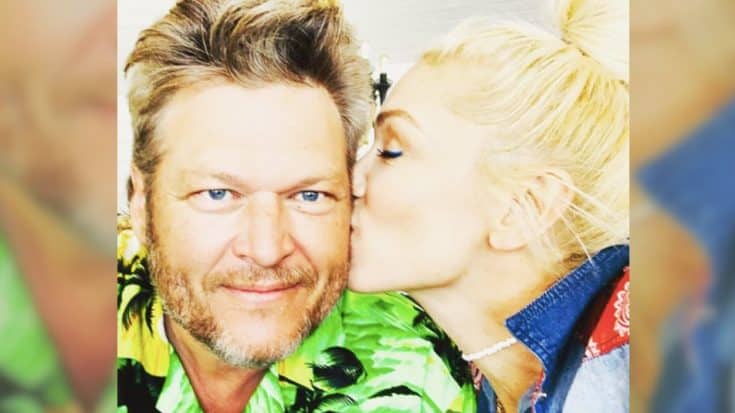 Blake Shelton had a whole bunch of things to celebrate in just a week’s time!

For starters, it was announced on June 16 that Shelton will return to coach The Voice‘s 19th season. It was also announced that his girlfriend, Gwen Stefani, will rejoin the coaching lineup after taking Season 18 off.

The announcement is something Shelton celebrated on Twitter, writing, “Y’all hear?! @gwenstefani’s back and so is @nbcthevoice!!!! See yall [sic] in the fall!“

Y’all hear?! @gwenstefani’s back and so is @nbcthevoice!!!! See yall in the fall! @johnlegend @kellyclarkson https://t.co/5rY3tfHpzL

At the same time, Shelton was gearing up for the June 19th opening of his fourth Ole Red location. The new restaurant and music venue in Orlando, Florida was finally ready and able to welcome guests after its original April opening was delayed.

The new June 19 opening date falls just one day after Shelton’s 44th birthday on June 18. This is something the singer mentioned in his announcement about Ole Red Orlando’s grand opening.

Even though the Ole Red Orlando staff was busy preparing for opening day, they still took the time to film a video wishing Shelton a happy birthday.

“Wishing @blakeshelton a very happy 44th birthday today with the best present we could think of – a brand new Ole Red opening in Orlando tomorrow!” read the video’s caption.

Wishing @blakeshelton a very happy 44th birthday today with the best present we could think of – a brand new Ole Red opening in Orlando tomorrow! ??

Shelton also received a happy birthday message from Stefani. His girlfriend of over four years posted a picture that shows her giving him a kiss on the cheek while he grins at the camera.

The snapshot was accompanied by a loving caption, which read, “happy birthday @blakeshelton thank u for being my best friend.” Stefani also included the hashtag “#luckyme” at the end of her post.

You can see Stefani’s sweet birthday note for Shelton below.

happy birthday @blakeshelton thank u for being my best friend ??gx #luckyme #june18th

Now that Stefani is coming back to coach The Voice, she and Shelton will be able to spend even more time together.

If past seasons of The Voice are any indication, we can expect lots of flirtatious banter between Shelton and Stefani during the blind auditions. Watch some of their funniest moments from Season 17 below.

We hope Shelton had a happy birthday this year with Stefani by his side!