By Manly Bryant on April 30, 2020
Advertisement 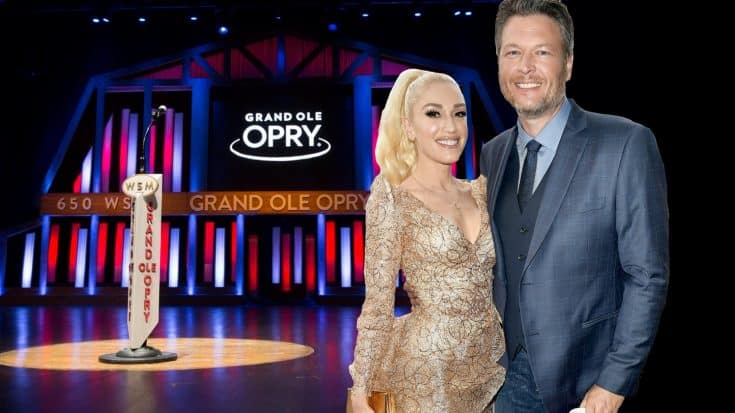 Ever since she began dating country music star and hunk once named the “Sexiest Man Alive,” Blake Shelton, this ska singer and former lead vocalist for No Doubt has been making her country dreams slowly come true!

Gwen Stefani and Blake Shelton, who have been dating for several years since meeting on set of The Voice, also have paired up for a few duets together – the first one coming off of Blake’s own 2016 country album If I’m Honest.

“Go Ahead and Break My Heart” was Gwen’s first foray onto the country music charts and the success of that track helped fuel their passion to collaborate even further. Next, they dropped a holiday duet called “You Make It Feel Like Christmas.”

The latest (and most prominent) of their duets, “Nobody But You” has become one of their best-selling songs and Gwen’s biggest hit on the country music charts – striking No. 1 on Billboard’s US Country Airplay chart.

Now, as part of the Grand Ole Opry’s long-running Saturday night broadcast, this ska and grunge rock superstar will make her debut on the famed radio music show – and will be joined by none other than Blake Shelton!

On Saturday, May 9th, 2020, Gwen Stefani and Blake Shelton will perform their hit duet “Nobody But You” via remote broadcast straight from Blake’s farm in Oklahoma. They will be joined by Trace Adkins and Dustin Lynch who will be broadcasting from the Grand Ole Opry House.

This sure-to-be-fun evening will kick off at 7 p.m. CST and can be heard on 650 A.M. WSM Radio and will also be viewable on Circle Television or streamed live on their Facebook and YouTube channels.

Check out one of their recent Grand Ole Opry live streams below with Ricky Skaggs!