By Jennifer Pernicano on March 23, 2022
Advertisement 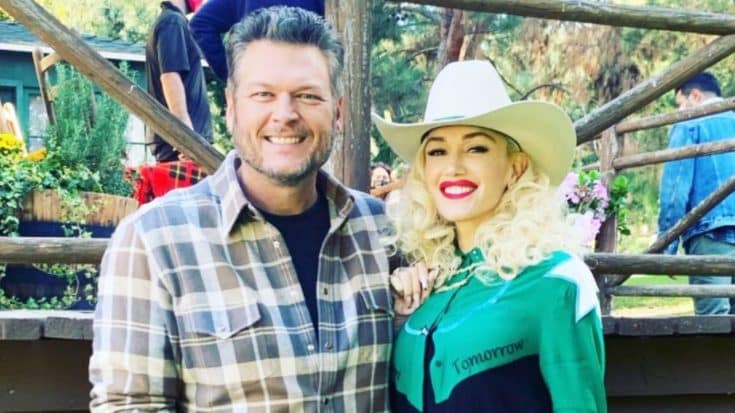 On October 1, 2021, Blake Shelton released his latest single. Titled “Come Back As A Country Boy,” the song was written by  Jordan Schmidt, Josh Thompson and Hardy. It was the third single from the deluxe version of his album Body Language.

As we all know, Blake has been “country” since the very beginning.

Since meeting Blake, Gwen has embracing her country side, especially since they have a ranch in Oklahoma.

In a new Instagram video, Gwen Stefani shows herself getting ready for the day. She goes to reach for a pair of her own cowboy boots, but decides to grab one of Blake’s. Then she grabs one of his camouflage shirts and a baseball hat. She shows off her “before” outfit, which includes black leggings with Blake’s face all over them and a Blake Shelton concert t-shirt.

She puts on Blake’s jeans, shirt, boots, and hat. She looks so tiny in his clothes! Gwen sat on the bed of his truck and is eventually joined by Blake, who gives her a big kiss.

“Why come back as a Country Boy when i can dress like one now?!” she wrote on Instagram.