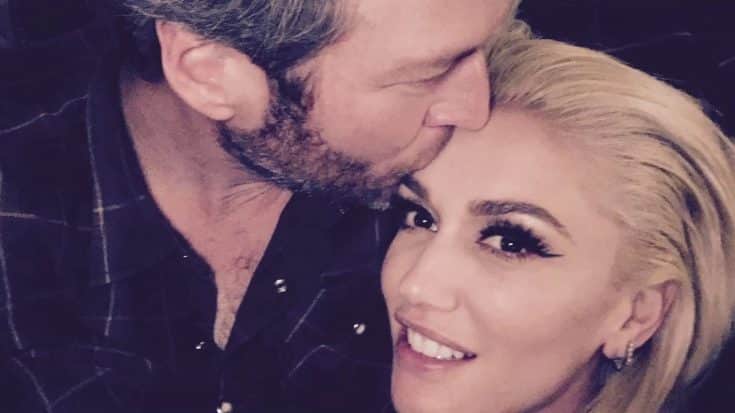 What better way to say “I love you” than by putting your significant other’s face on a pair of shoes? That’s exactly what Gwen Stefani was spotting doing recently in Los Angeles.

The new bride, who wed country singer Blake Shelton in early July, was photographed donning a pair of custom Van’s with her new hubby’s face on them. It’s not the first time Gwen has shown off the shoes, but it is the first time she’s done so as Mrs. Shelton.

The couple met on the set of The Voice in 2015 and married in early July 2020 at Shelton’s Oklahoma ranch. Page Six reported that Blake and Gwen said “I do” in a private chapel the groom had built on property near a home he recently had built for him and his new bride. Wedding photos show the quaint chapel’s exterior decorated with greenery and flowers and surrounded by white tables and chairs shaded with umbrellas.”

In their first post-wedding appearance as a couple, Blake and Gwen appeared to be as crazy about each other as ever in a barrage of photos and videos posted to social media following a surprise appearance at Shelton’s Tishomingo, Oklahoma, restaurant.

The country singer announced that he was going to be doing a sound check at Ole Red in Tishomingo and invited local fans out to watch. Dozens of fans turned out for the show and shared plenty of photos and videos to social media afterward. Stefani made a surprise appearance at the venue to sing some of their duets such as “Nobody But You” and “Happy Anywhere.”

Gwen looked stunning in casual ripped blue jeans and a sleeveless tee, while Blake looked happy in his signature jeans, short-sleeved button-up and a backward baseball cap. One thing was apparent throughout the evening…Gwen and Blake couldn’t keep their eyes and hands off of each other.

When Gwen joined Blake on stage, Blake rubbed his new bride’s back. She responded with a sweet smile and placed her hand on Blake’s shoulder. Check it out in the video below.