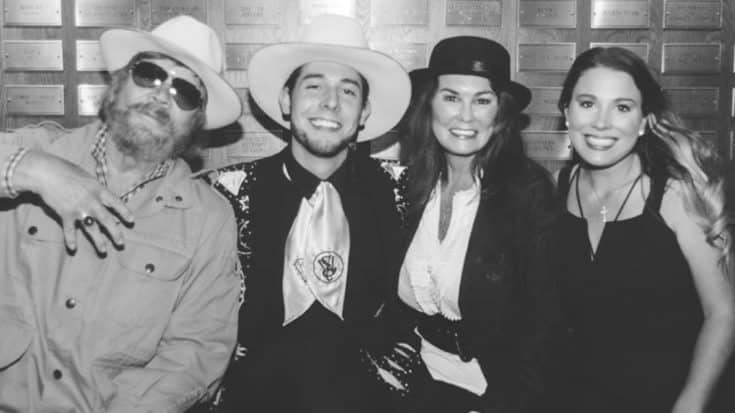 In the fall of 2019, Sam Williams wrote a song called “The World: Alone.” He was inspired to write a song about his dream tour in Europe along with how his heart was feeling that day.

In a press release, he said, “I was in a phase of manifestation.”

Then, on June 13, 2020, Sam’s sister Katie passed away at the age of 27 in a car crash. Her husband Tyler, who she shared two children with, was also in the vehicle and was airlifted to Vanderbilt University Medical Center to treat his injuries.

Following her death, Sam took a quick break from Instagram before returning and sharing several tributes to his older sister, including one with their mom, Mary Jane Thomas, and their dad, country legend Hank Williams Jr.

The three of us left here need your love and prayers… Katie Williams was my best friend in the entire world. She was the elmer’s glue that kept our family together. Period. I am still without words. But my small family that is left here… we are all severely broken in our own ways. Please raise us up. Rest In Peace my love. Katherine Diana. My angel. I could have NEVER imagined this.. I want to do the best things I can but I’m still lost in this disgusting spot. I love you Kate. Want to talk to you more than anything my love. ????

After Katie’s passing, his song “The World: Alone” began to take on a new meaning.

“As the months went by, when I would come back to this song, it touched me in a different way. I realized that I wrote this song, a year prior, about how badly I wanted to show Katie the world,” Sam said. “I had no idea I would ever lose her. One day, I had an epiphany that she is with God and can see the entire world now, without my help.”

Sam promoted the song on Instagram on October 19. The photo was a drawing of the Eiffel Tower with the lyrics, “Now who am I supposed to show it to?”

In the full chorus, he sings,

“I wanted to honor her with releasing this song on her birthday, because she was always so proud of my career,” he said.

Take a listen to his song “The World: Alone” below.