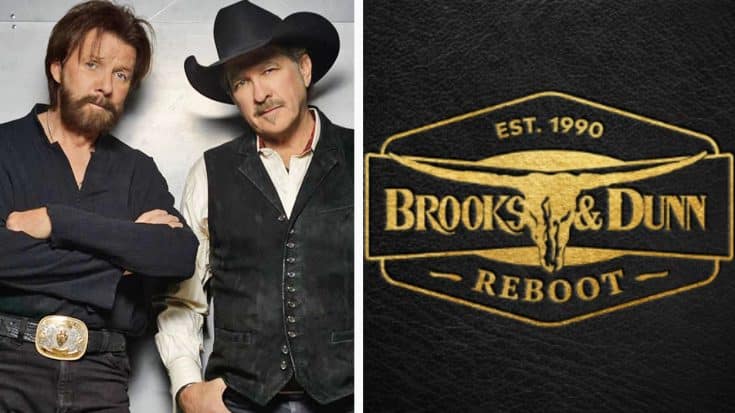 One of the biggest country duos to emerge from the 1990s musical renaissance was Brooks & Dunn – and now, they’re back at it with a whole new album of “rebooted” hits from their iconic careers.

Kix Brooks and Ronnie Dunn have not only made history as a chart-topping country duo, but both have also championed successful solo careers and projects in the most recent years.

After taking a hiatus from making new music and touring, Brooks & Dunn got back together in 2015 for a series of shows in Las Vegas for their mini-residency with Reba McEntire.

Since 2015, the duo with McEntire have continued to perform in Vegas and continually adds dates – and they’ve been having a blast! But in early 2019, they made history with a bombshell announcement…

Officially ending their hiatus, Kix Brooks and Ronnie Dunn revealed they had gotten back together for a brand-new studio album and a supporting tour – plus more Vegas dates!

The album, titled Reboot, was a carefully-selected group of hits from their career that had been revamped and re-recorded, each featuring a fellow country star or group. Several of the songs were released before the album drop and fans got all sorts of rowdy in anticipation of the album’s full release on April 5th, 2019.

The fourth pre-release track features country band LANCO and we can’t get enough of it! Taking on their 1996 hit and reworking it to encompass this five-part group in a way we’ve only dreamed of. Check out their “rebooted” version of “Mama Don’t Get Dressed Up For Nothin.”