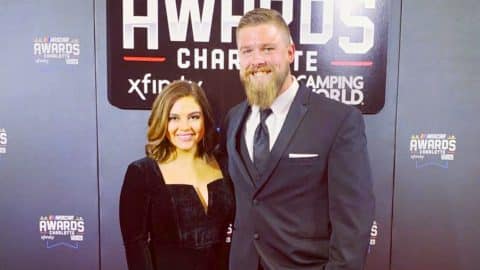 William “Rowdy” Harrell, a beloved pit crew member at Hendrick Motorsports, and his wife, Blakley, were killed in a car accident while traveling to celebrate their honeymoon. Harrell was 30, and his wife was only 23.

The couple was in the Florida Keys after getting married over the weekend in Alabama. Harrell won three national championships as a team member of the Alabama football team, and he was a tire carrier for Alex Bowman’s pit crew since 2013.

“Today, Hendrick Motorsports learned that team member William ‘Rowdy’ Harrell and his wife, Blakley, were tragically killed in an automobile accident in Florida last night. The newlyweds were traveling to celebrate their honeymoon after being married on Saturday.”

“He was the heart and soul of our team.” ❤️ https://t.co/RmbNE3aIZB

According to a Florida Highway Patrol preliminary report, the Toyota Corolla that Harrell was driving veered across the center of a two-lane highway. An oncoming pickup truck attempted to avoid Harrell’s car, but the two vehicles ultimately collided. It was also reported that both Harrell and his wife were wearing their seatbelts.

The 62-year-old pickup driver sustained minor injuries, but the truck’s two passengers were airlifted and in critical condition.

Our thoughts and prayers are with all parties involved in the accident and their families.