By Manly Bryant on March 4, 2021
Advertisement 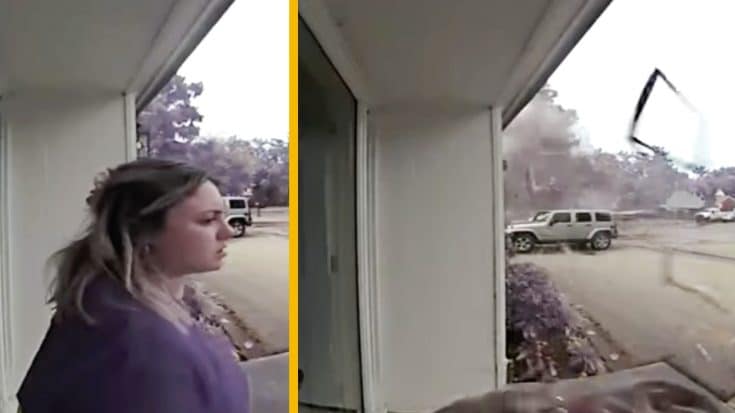 Despite the National Weather Service’s repeated warnings to stay indoors during storms, most people are guilty of stepping outside to watch the changing weather.

The US National Weather Service of Memphis City, Tennessee, recently shared a video with Facebook that made a compelling argument for staying inside during a passing thunderstorm. In the footage, a young woman steps outside on her front door and lingers. At first, the weather appears to be calm, but a sudden lightning strike quickly brings chaos.

In the video, a tree near the young woman’s porch is struck by lightning, and the result looks like an explosion. Wood flies by, the woman hunches down in a state of shock before hurrying back indoors. Fortunately, the woman never left the porch’s protection; otherwise, she could have been injured by the flying debris.

“[Lightning] strikes the U.S ~25 million times each year! Thunderstorms produce deadly lightning capable of striking up to 10 miles away from the storm — so, even if you don’t see rain you could be in harm’s way. When Thunder Roars, Go Indoors!” US National Weather Service Memphis Tennessee warned in the video’s caption.

Check out the full video in the clip below!

For more impressive lightning strikes, check out the next video.